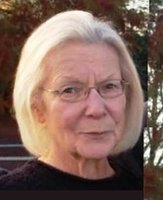 Toni Swolley, age 73, of Joliet, passed away suddenly as the result of an apparent heart attack on Wednesday, August 28, 2019, at her residence.  Born on July 24, 1946 in Santa Eufemia a Maiella, Italy, the daughter of the late Fedele and Anna Gioconda DiPietrantonio (nee Timperio), she relocated to Joliet, IL in April 1957 and was a graduate of Joliet Central High School, Class of 1964.  One of Toni’s favorite things to do, after a long day at Joliet Central, was to hop into her red Corvair, spending time driving through Pilcher Park, drifting away in nature.  After graduation, Toni was hired at the Zayre Department Store on Jackson Street.  Zayre was a special place, not only for the business education and salary she received, but this is where she met her husband, Richard Lee Swolley, Sr., married June 28, 1968.  They were destined to spend the rest of their lives together.  Although Zayre was a wonderful position, Toni advanced her career at the Merchant and Manufacturers Bank as a Loan Officer for many years until she retired.  While working there, she also took a part-time job at OSCO for many years making more friends.  She also enjoyed bowling and playing cards.  Most recently she enjoyed manicures, dinners, boating and attending the Queen of Hearts with friends.

She was preceded in death by her beloved husband, Richard Lee Swolley, Sr.; her parents; and one sister, Mary DiMaio.

Funeral Services for Antonietta Swolley will be held on Wednesday, September 4, 2019, at 8:00 p.m., at the Fred C. Dames Funeral Home, 3200 Black at Essington Rds., Joliet. Fr. Michael Lane will officiate.  As it was her request, cremation rites will be accorded following her funeral services.  Inurnment will be held at Woodlawn Memorial Park II next to her husband at a later date.  Due to the sudden passing of Mrs. Swolley, the family has requested that in lieu of flowers, donations be made to the Swolley Family to determine the many worthy charities that Mrs. Swolley believed in to be contributed to.  Visitation Wednesday, September 4, 2019 from 4:00 p.m. until 8:00 p.m.  For more information, please call 815-741-5500 or visit her Memorial Tribute at www.fredcdames.com