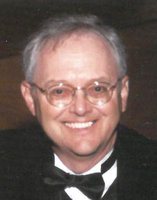 Arthur Nelson, age 79, of Joliet, passed away suddenly Thursday, September 5, 2019 at Presence St. Joseph Medical Center.  He was born in New York City on December 8, 1939, the son of the late Anna Marion Soderblad and Arthur Nelson.  He attended Port Jefferson High School in New York and received a Bachelor’s Degree in Business Administration from Loyola University.

Art was a U. S. Navy Veteran.  He retired from the Fleet Management Division of United Parcel Service, after 27 years of dedicated service.  A history buff, Art had an appreciation for WWII programs, trains and the music of Fleetwood Mac.  A musician himself and largely a fan of Jazz music, he also enjoyed being an accomplished Latin jazz drummer.  Art was from New York but a true Chicago guy when it came to sports.  he loved his Cubbies and never missed their games.  He even cheered on the Bears as if he was a Chicago native.

As it was Art’s wish cremation rites have been accorded and services will be private.  Inurnment will take place at All Saints Lutheran Church Memorial Garden in Orland Park, IL at a later date.  In lieu of flowers, memorials in his name to any local animal shelter would be appreciated; Art was a big animal lover and he always said he wished more people contributed to the shelters that work so hard to try to save animal's lives.  For more information, please call 815-741-5500 or visit his Memorial Tribute at www.fredcdames.com