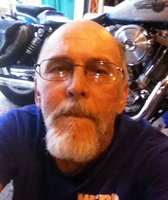 Brian K. Morency, Sr., age 60, of Plainfield, passed away on Saturday, September 7, 2019 at Presence St. Joseph Medical Center.  He was born in Chicago, the son of Geraldine (nee Boerst) Morency and the late Carl Morency, a former resident of Alabama living in Will County since 2013.  Brian was employed by the Pipefitters Union Local 597.  He was a proud United States Marine Corps Veteran and was a member of the Lockport American Legion.  Brian was a motorcycle enthusiast who took great pride in his Harley Davidson.  He was also an avid fisherman.  Brian enjoyed intellectual reading and was a devoted father.

He was preceded by his father; his grandson, Angel Zenere; and one sister, Carol Cronin.

Visitation for Brian K. Morency, Sr. will be held on Thursday, September 12, 2019, from 5:00 p.m. until the Sharing of Memories at 8:00 p.m., at the Fred C. Dames Funeral Home, 3200 Black at Essington Rds., Joliet, IL.  Cremation rites will be accorded following services.  For more information, please call 815-741-5500 or visit his Memorial Tribute at www.fredcdames.com