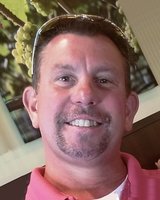 John August Maier, III, age 50, of Plainfield, IL and formerly of Saratoga Springs, NY and St. Petersburg, FL, passed away suddenly on Tuesday, October 29, 2019.  Born on May 30, 1969 in Saratoga Springs, NY, he was the son of John August Maier, Jr. and Victoria (nee Prescott) Brown.  A graduate of Albany Academy, John also attended the University of North Carolina in Wilmington.  He was a kind, sensitive person with a great sense of humor and a big heart.  John loved any activity on the water and loved playing all types of sports.  He was employed by Home Depot in their manufacturing warehouse.  To know him was to love him, and he will be missed by all.

He was preceded by his step-father, Ronald Brown.

As it was John’s request, cremation rites have been accorded and interment will be held privately by the family.  In lieu of flowers, memorials in his name to a college fund for his daughter, Madison, would be appreciated.  Fred C. Dames Funeral Home is in charge of arrangements.  For more information, please call 815-741-5500 or visit his Memorial Tribute at www.fredcdames.com