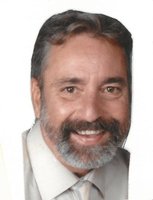 Tim was self-employed for many years as a painting contractor.

A loving and devoted son, brother and uncle, he will be sadly missed by his family and friends.

He was preceded in death by his mother, Beverly A. DeJule, in 2019.

Tim attended St. Joseph Grade School Class of '73, Joliet Catholic High School Class of '77, Joliet Junior College and Governors State University. Tim was an avid music fan and played guitar. He performed for years in the Kiwanis Shows and other fundraisers. He loved his family and friends and would do anything for them. Tim was a free spirit who did things his way. He was an old soul with a big heart. His family is comforted by the fact that his suffering is over and he is reunited with his mom.

The family would like to thank all the physicians, nurses and staff at St. Joseph Medical Center, and especially the Intensive Care Unit, for the compassionate care Tim received while in the hospital.

Services for Timothy DeJule will be at a later date and interment will be in St. Joseph Cemetery.

Fred C. Dames Funeral Home is in charge of arrangements.  For more information, please call (815) 741-5500 or visit his Memorial Tribute at www.fredcdames where you may leave online condolences for the family.