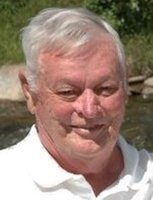 When he wasn’t hard at work at his wallpaper company, he enjoyed spending his free time in Lake Geneva with family and friends.  After retirement, Bill and Jeanne spent many winters in Florida close to family.   He had a love and hate relationship, with golf which he continued until his passing.   His support of his kids and grandchildren’s activities was unsurpassed.   He had the ability to make anyone around him laugh, like when he would tell his grandkids to go jump in the lake or go play in the street!!  He treasured his time with family.  There are great memories of many vacations shared with family and friends.

He is preceded by the love of his life of 67 years, Jeanne Rourke; his parents; and two sisters, Jane (Tom) McCook and Mary (Stanley) Magill.

A Memorial Gathering for William J. Rourke will be held at 10:00 a.m. on Saturday, August 15, 2020, at the Cathedral of St. Raymond Nonnatus,604 N. Raynor Ave., Joliet, IL.  As it was his request, cremation rites have been accorded and interment will take place at Mt. Olivet Cemetery.  In lieu of flowers, memorials in his name to Joliet Area Community Hospice, 250 Water Stone Circle, Joliet, IL 60431, would be appreciated.  For more information, please call 815-741-5500 or visit his Memorial Tribute at www.fredcdames.com