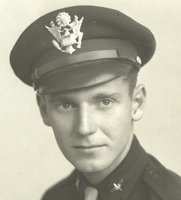 Age 95 of Joliet, passed away, Friday, September 4, 2020 at the Joliet Area Community Hospice Home.  He was born in Joliet, the son of the late Charles and Ruby (Flowers) Jones, he was a lifelong resident.  Kenneth Graduated Joliet East High School and was a retired Captain for American Airlines (1951-1982).  He was a U.S. Army Air Force Veteran. He was also a member of the Joliet Elks Club, Lodge #296 and the Gray Eagles.

Preceded by his wife, Elizabeth (Scully) Jones (2011) and his brother Harold Jones.

Visitation for Kenneth Charles Jones will be Monday, September 7, 2020 at the Fred C. Dames Funeral Home, 3200 Black Rd. (at Essington Rd.), Joliet from 2 – 6 p.m.  Interment will be held privately by the family at Woodlawn Memorial Park.  In lieu of flowers, memorials in his name to Joliet Area Community Hospice or the Alzheimer's Association would be appreciated.  For more information please call (815) 741-5500 or you may visit his Memorial Tribute at www.fredcdames.com where you can leave a condolence or share a favorite memory.