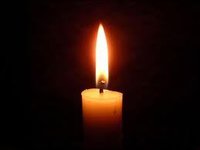 Ronald Patrick Scott, age 87, a resident of the Joliet area, passed away Wednesday, March 16, 2022 at his home surrounded by his loving family.  He was born to the late William and Elizabeth Scott on July 17, 1934 in Chicago, IL.

Ronald grew up on the Southside of Chicago with his 11 siblings and where he was “Born a White Sox fan….”  He graduated from Tilden Tech High School and then enlisted with the US Army.  After returning home from service, he met the love of his life, Rita Getautas on St. Patrick’s Day 1958.  They were engaged within a week and married on July 26, 1958.  They raised their three daughters in Tinley Park, IL.  After he retired, they moved to Seneca for a slower pace of life.  Rita passed away in Aug of 2009, leaving him with a broken heart.  At that point, he decided to move with his daughter, Betty, to Shorewood, IL then to Plainfield, IL.

Ron was a die-hard White Sox fan and enjoyed the time he spent cruising the Caribbean.  He was a well-rounded handyman and meticulously kept up his home and yard. He would say, that “he was a jack of all trades and a master of none.”