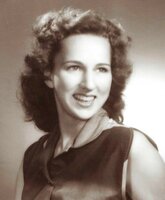 Born on December 7, 1933 in Creal Springs, IL, the daughter of Esta and Carl Choate.

She was preceded in death by her beloved husband of 65 years, James Donald Heinz (March 28, 2016); siblings, Catherine Beasley, Jim, Clarence and Bob Choate.

In lieu of flowers, memorials in Lula’s name can be made to the Alzheimer’s Association.

For more information, please call 815-741-5500 or visit her Memorial Tribute at ww.fredcdames.com where you can share a favorite memory or leave a condolence.