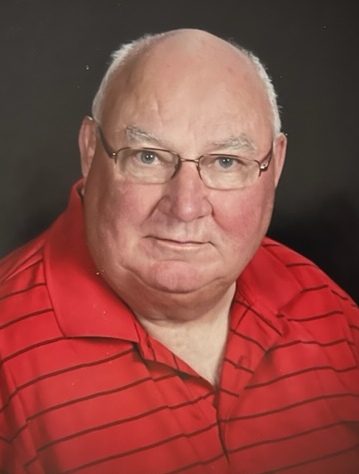 Ernest M. “Ernie” French passed peacefully overnight Thursday, July 14, 2022 succumbing to multiple health challenges.  Ernie was the son of William “Bill” and Evelyn (Harper) French and the youngest boy of 5 siblings, four being brothers and a sister. He was preceded in death, by his parents in 2000 and 2002 and his three brothers, Jim 1998, Don 2020 and Steve 2021.

Ernie was born in Mattoon IL on Saturday, March 16, 1947.  He graduated high school from Mattoon High in 1965. He spent a year at Eastern Illinois University before deciding that was not a career path he wanted.  He went to work in Joliet IL at the Joliet Army Arsenal, and then later worked for Illinois Bell telephone.  He was drafted on Aug 6, 1970 and served in Vietnam in 1971 and was honorably discharged from the Army with the rank of Sergeant on December 24, 1971.  He began his career at Mobil Oil in 1972 as part of the start up team for the new refinery and worked his way up through the ranks to shift foreman with then ExxonMobil, retiring December 30th, 2003. He met his wife Kathy in 1972 and they began dating late in 1972.  Ernie and Kathy were married on August 11, 1979 in Joliet IL.  Ernie and his family spent 25 years in Braidwood IL raising their family.  Upon retiring in 2003, Ernie brought his family to Southern Illinois where he and Kathy built their retirement dream home on Lake of Egypt south of Marion Illinois.  An avid fisherman, it was Ernie’s dream to live on a lake and be able to catch crappie off his own dock which he did until this past year the CIDP prevented him from fishing.

Ernie was a strong man, and loved life and especially his children and wife.  He will be sadly missed by many. He loved fishing and hunting. He and his brothers would get together every November to go deer hunting together on a small farm they owned.  He loved riding his Harley Davidson, and spent the summer of 1978 doing a motorcycle trip around Lake Michigan. Before starting a family with Kathy they enjoyed numerous trips to Wisconsin and Michigan to go snowmobiling.  He loved boating in his pontoon boat and driving his 69 Chevelle SS until he had to have a knee replacement and had to give up driving the stick shift Chevelle. When Kathy retired in 2013, Ernie and she made plans to travel.   Those trips included a Hawaiian cruise, a cruise in Alaska, a trip to Las Vegas and most recently a trip to the UK visiting England, Ireland and Scotland.   He loved life, had a great sense of humor and always enjoyed people. Thankfully, he is no longer in pain and can rest in peace in eternal life.