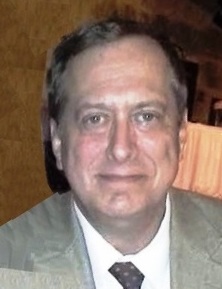 Thomas Joseph Hulina, age 66, of Joliet, and formerly of Lisle, passed away Monday, July 25, 2022 at Elmhurst Hospital with his family by his side following a courageous battle with cancer.

Born August 2, 1955 in Joliet, he attended St. Joseph Grade School and was a graduate of Joliet Central High School with the Class of 1973.  He continued his education at the University of Illinois, Urbana-Champaign, where he received his Bachelor’s degree in business and was a member of Phi Kappa Theta fraternity.  Tom was especially proud of serving as a disk jockey for WPGU radio station while attending the U of I.

Tom then began a long and successful career as a software engineer and technical trainer for Western Electric and its successor companies AT&T, Bell Labs, and Lucent Technologies until retirement.

Especially gifted in working with his hands, he had a knack for fixing things and had a fascination with technology and electronics.  He also had a love for cars, especially his DeLorean, and enjoyed being a member of the Midwest DeLorean Motor Club.  He also enjoyed music, and spending time with his friends at the Southside Civic Club of Joliet. At the time of his death, he was looking forward to using his recently acquired “Ham Radio” license.

Tom will be remembered as a loving and caring husband, father, son, brother and uncle, and also as a devoted caregiver.

He is survived by his beloved wife, Kathleen “Kathy” (Rourke) Hulina; his loving son, Scott Hulina; his brother, Richard (Bonnie) Hulina; and numerous nieces and nephews.

He was preceded in death by his dear son, Brian Hulina; his parents, Andrew and Sophie (Papesh) Hulina; and a brother, Andrew James “Jim” Hulina.

If you would like to make a donation in Tom’s memory, Kathy arranged with Joliet Central High School to have the donations benefit the shop classes at Central. Tom credits his career in telecommunications with skills and knowledge learned in Central’s shop classes. He would love this idea. Checks may be made payable to Joliet Township High School with “Tom Hulina” noted in the For or Memo line.  Checks can be left at the funeral home or mailed to Joliet Central High School, 201 East Jefferson St., Joliet, IL 60432, Attention: Jeff Riley.