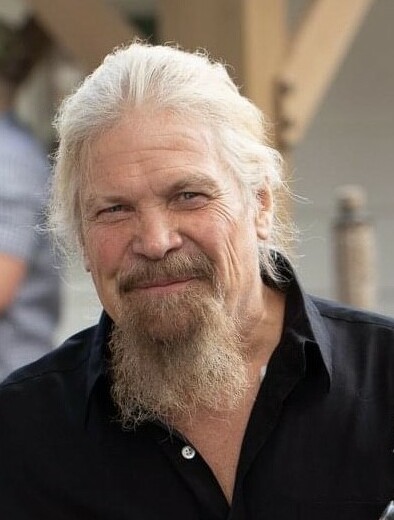 Garrett Michael DePaola, of Joliet, passed away at the age of 67, on Wednesday, September 7, 2022, at Rock Run Assisted Living with the love of his children by his side.  Gary was born on August 16, 1955, in Berwyn, to the late Frederick and Mary (Kuchik) DePaola. Raised in Lemont, Gary was a graduate of Lemont High School.  He worked for more than 30 years at Marmon Keystone and retired after 11 years at National Tube.

Gary lived his life by the tenets that he loved. All of his favorite characteristics, strength, speed, power, and beauty were proudly on display when Gary was engaged in any of his many hobbies. Whether he was under the hood of a car, rebuilding the bike of his dreams, or tending to the greatest machine of all by honing his body at the gym, Gary always wanted to take something good and make it into something great.  One such example of his many accomplishments was when one of his motorcycles won the World of Wheels in 1980. He was a true master at his craft.  He could build a race car or motorcycle, and then drive that vehicle to its peak performance.  There were few moments that provided more joyful adrenaline than lining up for the beginning of a drag race.  Gary was a fixture at the Chicagoland Speedway.  Known there for his skillful hands, passion for speed, and his warm, friendly demeanor; many fellow race lovers will feel the void left behind by his passing.  Not only was Gary “one of the best”, but he appreciated the very best as well.  If it’s a car, it should be a Chevy.  If it’s a bike, it should be a Harley.  Later in life, Gary took his love for speed out onto the water, spending countless hours ripping through the waves on his speed boat. Any opportunity to spend a day outdoors would not be wasted by Gary. He was an animal lover, with a special bond between him and his dogs.  Even with all of that being said, we still haven’t touched on Gary’s most crowning achievement.  Amongst all of his many accomplishments, Gary was most proud of his children.  He would have gladly traded any and all of his lifelong passions to ensure their happiness.  As the checkered flag waves on the life of Gary DePaola, there is no doubt that he finished far ahead of the field, forever a champion.

He is preceded in death by his parents; and two siblings, Tommy and Marcella.

For more information please call the Fred C. Dames Funeral Home at 815-741-5500 or visit his Memorial Tribute at www.fredcdames.com where you can share a favorite memory or leave an online condolence.