Sign in
Recommend Jeffrey's obituary to your friends
Plant A Tree

In loving memory of 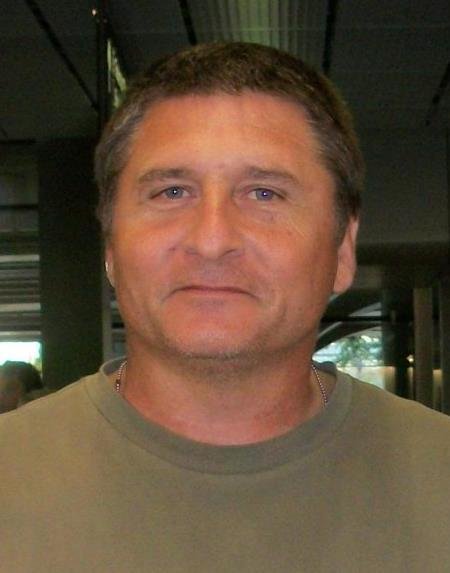 Age 54. Peacefully Sunday, May 14, 2017 at his late residence in Burleson, TX surrounded by his loving family following a long and courageous battle with cancer. Born July 16, 1962 in Aurora, IL the son of Glenn and the late Cleta (nee Murchison) Hampton. Raised in Plano, IL a graduate of Plano High School Class of 1980 where he played baseball from 1976-1980. He also lived in Channahon, IL for many years before recently moving to Burleson, Texas. Jeff was a proud U.S. Army Veteran. A member of Teamsters Union Local 710, he was a truck driver for Cassens Transport Company maintaining a hard work ethic, even after that fateful day of being told of his diagnosis.  An avid Chicago Cubs fan, he enjoyed riding his motorcycle, going to the gun range, and will be remembered as a very loving husband, father, and grandfather.

Preceded in death by his mother, Cleta Hampton and nephew, Andrew Hampton.

Funeral Services for Jeffrey Alan Hampton will be held on Saturday, May 20, 2017 at 7:00 p.m. at the Fred C. Dames Funeral Home, 3200 Black at Essington Rds., Joliet. Pastor Ken Holt Officiating. Following his funeral services Military Honors will be conducted under the auspices of the United States Army. As it was Jeffrey's wish, cremation rites will be accorded following the conclusion of all honors. In lieu of flowers, memorials to his surviving family  to be allocated in accordance with his final wishes would be appreciated. Visitation Saturday from 2:00 p.m. to 7:00 p.m. For more information, please call 815-741-5500 or visit his Memorial Tribute at www.fredcdames.com

In lieu of flowers, memorials to his surviving family to be allocated in accordance with his final wishes would be appreciated.