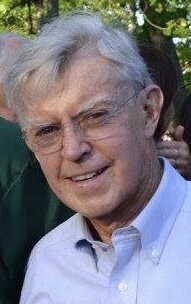 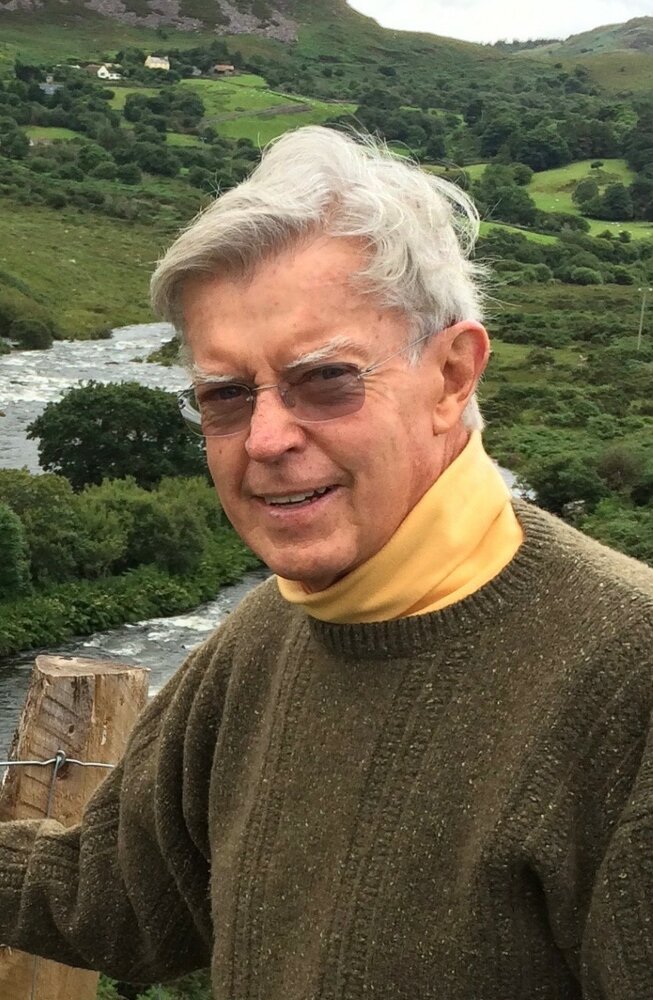 Richard Casey Talbot, DDS, age 88 and former resident of Joliet, passed away peacefully on May 25, 2022 in Santa Barbara, California surrounded by loving family members. He was born on October 31, 1933 in Joliet, he was the son of the late Joseph and Kathleen (nee Casey) Talbot.

Dick was a graduate of St. Raymond Elementary School and Joliet Catholic High School where he began an award-winning swimming career after spending afternoons in the YMCA pool with a classmate stricken by polio. At a Chicago swim meet held in Lake Michigan, Dick’s skills impressed the Purdue University swim coach who happened to be sitting next to Dick’s parents. Dick’s swimming led to a scholarship to Purdue where he was captain of the swim team and a three-time All-American swimmer. He served in the ROTC, pledged the Phi Gamma Delta fraternity, and earned a BS in Business in 1955.

After graduation, Dick was commissioned as an ensign for two years in the US Navy stationed in Long Beach, California aboard the USS Point Defiance. Dick later earned his DDS from the Dental School of University of Illinois at Chicago. He joined his father’s dental practice in Joliet where they practiced together for a year before his dad retired.

In 1965, he married Sharon O’Connell and they raised four children together; Sean, Elizabeth, Megan and Casey. The Talbots enjoyed hosting parties, spending time outdoors, traveling in their epic van trips across the country, and celebrating holidays and birthdays in regal style. In the 1980’s, the Talbots participated in an exchange program with the Irish Children’s Fund, hosting Liam Mulholland from Belfast who became one of the family.Dick continued practicing family dentistry in Joliet eventually partnering with Patrick Smith, DDS, retiring after more than 40 years in practice. He cared for his wife Sharon as she fought pancreatic cancer, and was sadly forced to say farewell in 2007.

After several difficult years, Dick found joy again in 2008, reconnecting with an old high school pal, Jane Fehrenbacher. They married in 2009, and Dick moved to Santa Barbara to be with Jane, where he was welcomed by her large family. He became active in St. Anthony’s church community, volunteered for Transition House, kept up his daily swimming routine, and planned global adventures with Jane.

Dick and Jane went to four continents on their many many trips together. Everywhere they went, they shared laughter and stories with the locals. Their grandkids always looked forward to receiving their colorful postcards from far reaching destinations such as Norway, Prague, China and Peru.In 2010, they combined their love of travel and volunteerism and went on a service mission to Cameroon, Africa. Dick used his expertise to take care of people’s dental needs and Jane taught school. After another successful mission and years serving on the board of the Mission Doctors, Dick and Jane were given their highest honor, the Heart of the World award.

Dick was a lifelong swimmer, avid golfer, and active member of the Joliet Country Club. He loved scuba diving, water and snow skiing, and served on the Wilmot Mountain Ski Patrol for many years. He was also an enthusiastic outdoorsman who loved to take his family hunting, fishing, and camping, and treasured long treks in the Canadian Boundary Waters. Dick enjoyed frequent family vacations to Ponte Vedra, FL, Vail, CO, and Minocqua, WI.Dick will be fondly remembered for his fun-loving, outgoing nature, his resourcefulness and champion-level putzing, his deep love for his family and friends, and his insistence on a nightly bowl of ice cream. Dick enjoyed recounting tales of bravery and adventure, as well as stories from his family’s history.

A Mass of Christian Burial for Dr. Richard C. Talbot will be celebrated Tuesday June 7, 2022 at 10 AM CT at the Church of St.Jude, 2212 McDonough Street, Joliet. Interment to follow at Woodlawn Memorial Park. Visitation will be held Monday June 6 from 6 PM to 8 PM CT at the Fred C. Dames Funeral Home, 3200 Black at Essington Road, Joliet. A memorial service will be held in Santa Barbara at a later date.

In lieu of flowers, memorials are appreciated in Dick’s name to Mission Doctors Association at https://www.missiondoctors.org. For more information, please call 815-741-5500 or to leave an online condolence, visit his Memorial Tribute page at www.fredcdames.com.

In lieu of flowers, memorials are appreciated in Dick’s name to Mission Doctors Association at https://www.missiondoctors.org.