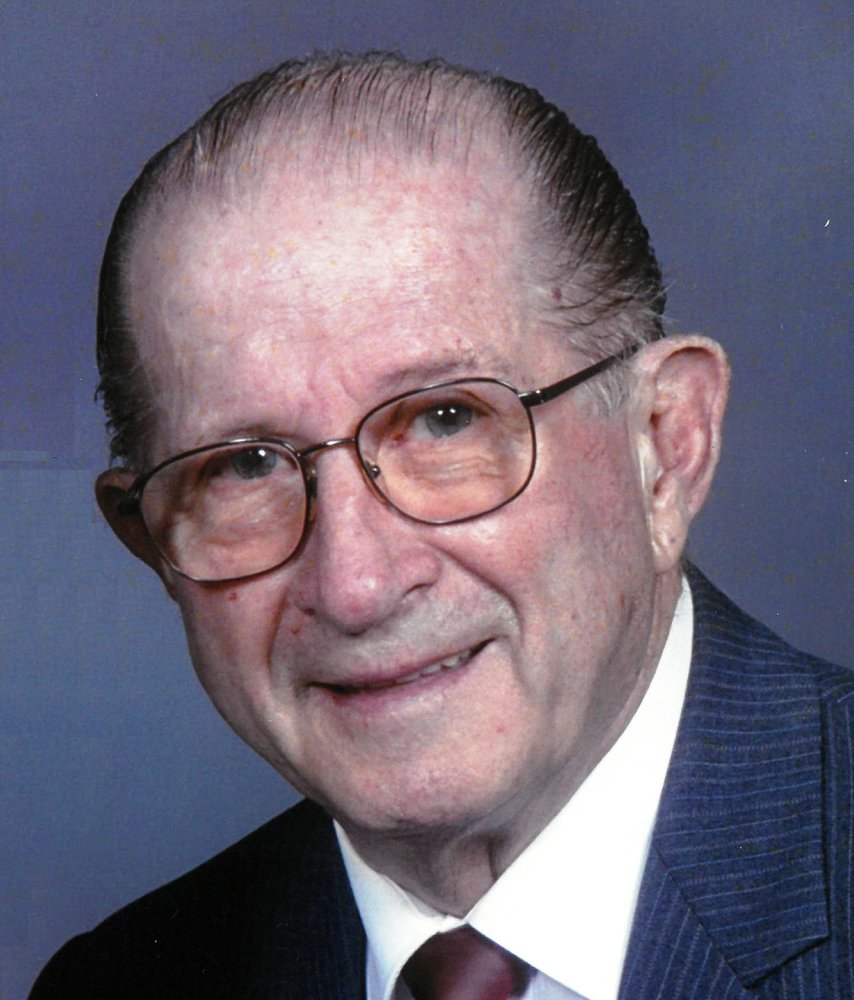 John Francis "Bud" Nemanich, age 90, of Joliet, went home to be with the Lord on  Saturday, December 29, 2018 at The Timbers of Shorewood, with his loving family by his side.

Born in Joliet, and a lifelong resident, he graduated from St. Joseph Grade School in 1942, and Joliet Catholic High School in 1946.

John has been reunited in heaven with his loving wife of 62 years, Marilyn (Birkey) Nemanich; his parents, John and Mary (Zaversnik) Nemanich; his in-laws, Richard and Ella (Peterson) Birkey; his sisters and brothers-in-law, Marion (Dale) Martincich, Dorothy (Joseph) Viscum, and Charlene Nemanich.

John served his country during World War II in the United States Army and was the recipient of the WWII Victory medal and the Army of Occupation (Japan) medal.  He retired from the United States Department of Defense, J.A.A.P/A.P.S.A. Division after 37 years of service.  He was a member of the Cathedral of St. Raymond, KSKJ #29, a life member of Cantigny VFW Post #367, and a former member of the Croatian Cultural Club, Joliet Moose, and Joliet Senior Citizens Association.

The family would like to extend their sincere thanks to the staff of the Timbers of Shorewood, Jessica and Mary, his nurses from Joliet Area Community Hospice, Dr. Govind Ramadurai and the DuPage Medical Group especially Patty, Dr. R. W. Schubert, and John’s caregivers, Betty, Nida, Nestor, and Jordan for their kind and loving care.

Visitation for John F. Nemanich will be held Friday, January 4, 2019 from 3:00 to 7:00 p.m. at the Fred C. Dames Funeral Home, 3200 Black at Essington Roads, Joliet.  Funeral services will be held Saturday, January 5, at 9:15 a.m. from the funeral home to the Cathedral of St. Raymond Nonnatus, where a Mass of Christian Burial will be celebrated at 10:00 a.m.  Entombment will be in Woodlawn Memorial Park Mausoleum where full military honors will be accorded by the United States Army.

In lieu of flowers, memorials in his name to the Cathedral of St. Raymond Nonnatus or Joliet Area Community Hospice would be appreciated.

In lieu of flowers, memorials in his name to the Cathedral of St. Raymond Nonnatus or Joliet Area Community Hospice would be appreciated.