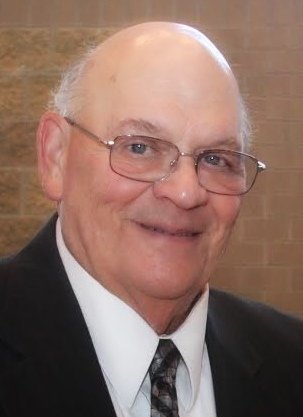 Age 71, of Joliet, passed away unexpectedly on Monday, January 28, 2019, at Presence St. Joseph Medical Center.  Bill was born in Joliet, the son of the late Stephen and Janet (nee Barr) Linko, and was a lifelong resident.  He received his bachelor’s and master’s degrees from Illinois State University.  Bill retired as the Director of Student Teacher Placement for The College of Education at Lewis University.  He was a member of Holy Family Catholic Church and a former member of St. Mary Assumption Byzantine Catholic Church.  Bill loved to travel and read, and was a very avid Chicago Cubs fan.  He enjoyed spending time with his children, grandchildren, family and friends, and will be dearly missed.

He was preceded in death by his parents; his daughter, Lisa Ann Linko (1973); three grandchildren, Annika, Benjamin and Calvin Linko (2004); and sister-in-law, Joann Lee.

Visitation for William S. Linko will be held on Friday, February 1, 2019, from 4:00 until 8:00 p.m., at the Fred C. Dames Funeral Home, 3200 Black at Essington Rds., Joliet.  Funeral Services will be Saturday, at 9:15 a.m., from the funeral home chapel, to Holy Family Catholic Church, 600 Brook Forest Ave., Shorewood, where a Mass of Christian Burial will be celebrated at 10:00 a.m.  Interment will follow at Woodlawn Memorial Park.  In lieu of flowers, memorials in his name to Mercy Home for Boys & Girls Chicago, St. Jude Children’s Research Hospital or the Joliet Area Community Hospice would be appreciated.  For more information, please call 815-741-5500 or visit his Memorial Tribute at www.fredcdames.com

In lieu of flowers, memorials in his name to Mercy Home for Boys & Girls Chicago, St. Jude Children’s Research Hospital or the Joliet Area Community Hospice would be appreciated.