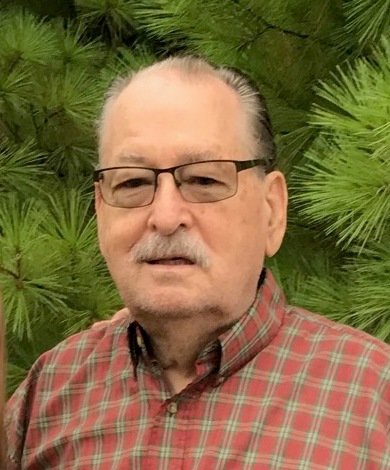 Alford Eulice Lewis, age 77, late of Joliet, and formerly of Braggadocio, MO and New Lenox, IL, passed away Friday, February 1, 2019 at Presence St. Joseph Medical Center, Joliet, with his family by his side.

Born July 20, 1941 in Holland, MO, he was the son of Coy E. and Flossie Jewel (Jernigan) Lewis.  Raised in Braggadocio, he was a graduate of Braggadocio High School, and proudly served with the United States Army in Germany.

Al retired from Fisher Body-General Motors after 40 years of dedicated service at the Willow Springs, IL plant, and later in Kalamazoo, MI.

Kind, patient, loving and quiet, he was a caring and devoted husband, father and grandfather.  Although he worked in a factory, he had a passion for farming and had a love of the land.  He also loved his grandchildren who loved him dearly as well.

He was preceded in death by his beloved wife of 39 years, Charlotte Ann (Hinchey) Lewis (2005); and two granddaughters, Q Kuyper and Haylee Lewis.

Visitation for Alford Lewis will be held Saturday, February 9, 2019 from 1:00 p.m. to 4:00 p.m. with a Memorial Service at 4:00 p.m. at the John W. German Funeral Home, 208 N. Third Street, Hayti, MO, 63851.  Interment will take place Friday, March 29, 2019 at 11:00 a.m. at Abraham Lincoln National Cemetery in Elwood, IL, where military honors will be accorded under the auspices of the United States Army and the Abraham Lincoln National Cemetery Memorial Squad.

Local arrangements have been entrusted to the Fred C. Dames Funeral Home.  For more information, please call (815) 741-5500 or visit his Memorial Tribute at www.fredcdames.com

Share Your Memory of
Alford
Upload Your Memory View All Memories
Be the first to upload a memory!
Share A Memory
Plant a Tree