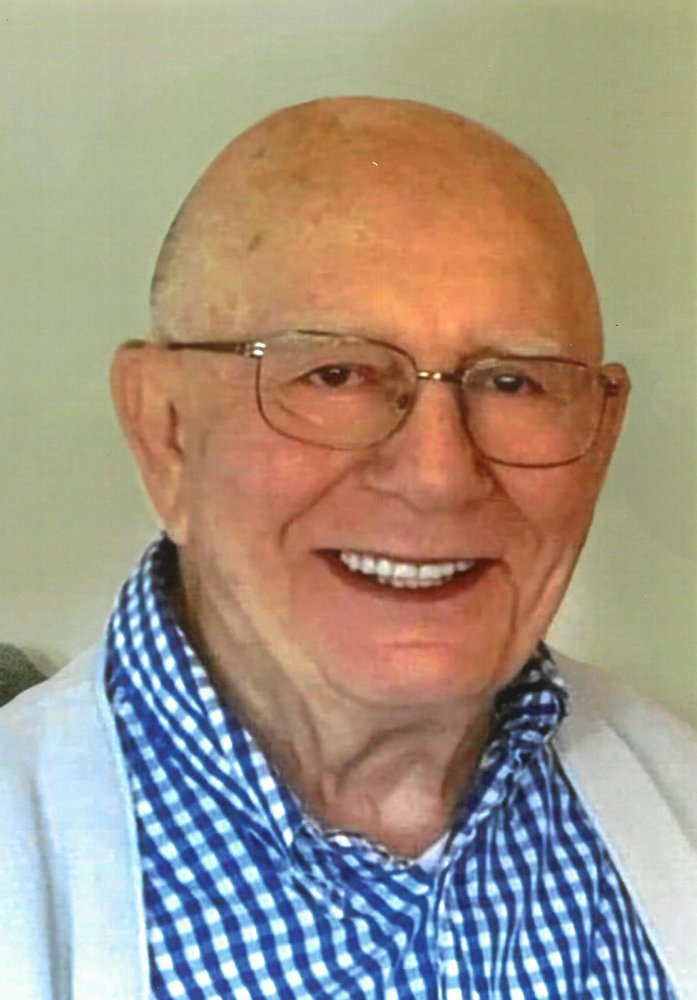 Age 94 of Joliet, passed away Sunday, November 24, 2019 at his late residence surrounded by the love of his family.

John was born in Chicago Heights, IL and attended Bloom Township High School.  After graduation, he served in the U.S. Navy during WWII, where he worked as a radio calibrator for the Allied ships in Okinawa.  While stationed in Boston for a short time, he met the love of his life, Yolanda.

Upon completion of his service, the newlyweds moved back to Illinois where John continued his education, receiving a Business Administration degree at Illinois State University, and a Master’s degree from Northwestern University.  After teaching a few years at Joliet Township High School, he taught Business Education at Joliet Junior College and later became Business Department chairman.  During his 42 years of teaching, John was proud to have taught over 10,000 students, and he touched the lives of so many more.   As a leader at the college, John recognized the need for fair business practices for its faculty.  He served as a teachers’ union board member and union president for several years, securing health benefits and collective bargaining rights for JJC staff and all public employees.

For his service, John was the recipient of several JJC awards, including the Susan H. Wood Award.  After his retirement, he continued to assist his colleagues by forming the JJC Annuitants Association.  John worked with others to make sure members understood the financial transition from working to retirement. He worked tirelessly to understand the state’s laws dealing with the SURS pension system, and he developed and published a guide instructing surviving faculty spouses pertaining to state pension system procedures.  For seven years, he published quarterly newsletters for JJC retirees.  John’s legacy currently continues with the John and Yola Corradetti Endowed Scholarship at Joliet Junior College, which provides financial aid for students majoring in business.

John was known for his love of the game of golf. He served as a caddy in high school at the Homewood Flossmoor Country Club and for decades, you could find John golfing every Sunday morning at Woodruff or Inwood with many of his colleagues and friends.  In his spare time, John loved to paint, garden, read, and travel. However, his favorite passion was his family. He adored his wife, four children, six grandchildren and nine great-grandchildren.  Nothing made him happier than a house full of family, where spaghetti, lasagna, meatballs or taffy apples were served on a regular basis.

He was a member of St. Paul the Apostle Catholic Church, St. Paul Paulites, Veteran of Foreign Wars, KSKJ, and The Old Timers. John will be remembered for his kindness, gentleness, generosity, and sense of humor.

The Corradetti family would like to extend their gratitude to Arianna Gunsen and Joliet Area Community Hospice for their dedicated care and support.

Visitation for John Corradetti will be Tuesday, December 3, 2019 from 9:00 a.m. until Sharing of Memories at 11:30 a.m. at the Fred C. Dames Funeral Home, 3200 Black (at Essington) Roads, Joliet.  Enshrinement will follow a Woodlawn Memorial Park Mausoleum.  In lieu of flowers, memorials in his name to the John and Yola Corradetti Endowed Scholarship Fund c/o Joliet Junior College Foundation, 1215 Houbolt Road, Joliet, IL 60431 would be greatly appreciated.  For more information please call (815) 741-5500 or you may visit his Memorial Tribute at www.fredcdames.com

In lieu of flowers, memorials in his name to the John and Yola Corradetti Endowed Scholarship Fund c/o Joliet Junior College Foundation, 1215 Houbolt Road, Joliet, IL 60431 would be appreciated.