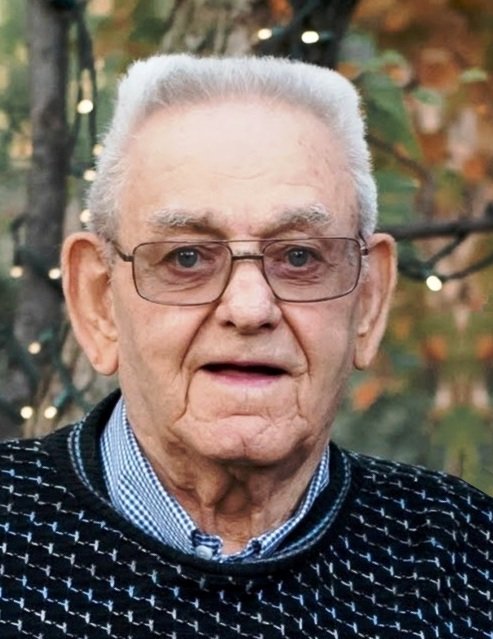 He was born December 15, 1930, in Joliet, to Tony and Jennie (nee McComb) Ellena, and was a graduate of Joliet Township High School, Class of 1950.  He served with the United States Army and was a veteran of the Korean War.  Glenn was a proud member of Carpenters Local Union #174.  He was also a lifetime member of Cantigny VFW Post #367.

As a young man, Glenn enjoyed roller skating at Electric Park in Plainfield, driving fast and doing tricks on his motorcycle. Loving life and driving fast until the very end, his frequent road trips and cross-country adventures continued until age 88. He would drive many miles to try a new restaurant. He was an avid bowler and a hobby Euchre player until a few months ago. In his retirement years, he was a tinkerer who would repair bicycles, vacuums, chairs, and made sure that every stationary object had wheels on it. For many years he enjoyed his vegetable garden and mushroom hunting. Glenn was devoted to his friend groups meeting weekly to play cards or games, friends at McDonalds and Panera every morning for breakfast, and enjoyed mall walking at Louis Joliet Mall. His grandchildren frequently joked that his social life was better than theirs. He was a devoted husband and grandfather who spent his free time practicing math with the grandkids, teaching the little one’s how to ride a bike, being adventurous, and as Grandpa’s taxi. Glenn was always present for family events, and he was the family joke teller. He was dearly loved and will be deeply missed.

Visitation for Glenn D. Ellena will be held Sunday, January 19, 2020, from 1:00 to 4:30 p.m. at the Fred C. Dames Funeral Home, 3200 Black Rd (at Essington Rd), Joliet, and will be followed by a time of Sharing at 4:30 p.m.  Cremation rites will be accorded following the visitation and inurnment will be Tuesday, January 21, 2020, at 1:00 p.m. at Abraham Lincoln National Cemetery, where military honors will be accorded by the United States Army and the Abraham Lincoln National Cemetery Memorial Squad. In lieu of flowers, memorials in his name to the Joliet Area Community Hospice or Cantigny Post 367 VFW would be appreciated

Share Your Memory of
Glenn
Upload Your Memory View All Memories
Be the first to upload a memory!
Share A Memory
Plant a Tree