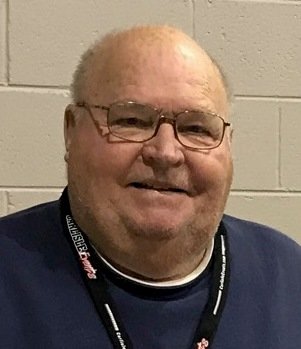 Please share a memory of Rodney to include in a keepsake book for family and friends.
View Tribute Book

He was born March 3, 1942 in Joliet, to Howard and Patricia (McCory) Brockman, and was a graduate of Joliet Township Central High School.  He was a veteran of the United States Army and the Army Reserve.  Rodney retired from Caterpillar, Inc., Joliet, after 30 years of service.

Rodney loved old cars, especially 1956 Chevys, and was the owner of several classic cars.  He was a fixture at the Route 66 Raceway, and in his younger years enjoyed racing.  He was the Founder and Past President of the Tri-Chevy Association and was instrumental in organizing many car shows and swap meets throughout the area.  He will be remembered for his willingness to help anyone who needed him.

He was preceded in death by one daughter, April Brockman, in infancy: his parents; and one brother, Richard Brockman.

Visitation for Rodney Brockman will be held Tuesday, February 11, 2020 from 3:00 to 8:00 p.m., at the Fred C. Dames Funeral Home, 3200 Black Road (at Essington Road), Joliet.  Funeral services will be Wednesday, February 12, 2020 at 10:00 a.m. at the funeral home.  Interment will be in Abraham Lincoln National Cemetery where military honors will be accorded under the auspices of the U. S. Army and the Abraham Lincoln National Cemetery Memorial Squad.

Share Your Memory of
Rodney
Upload Your Memory View All Memories
Be the first to upload a memory!
Share A Memory
Plant a Tree