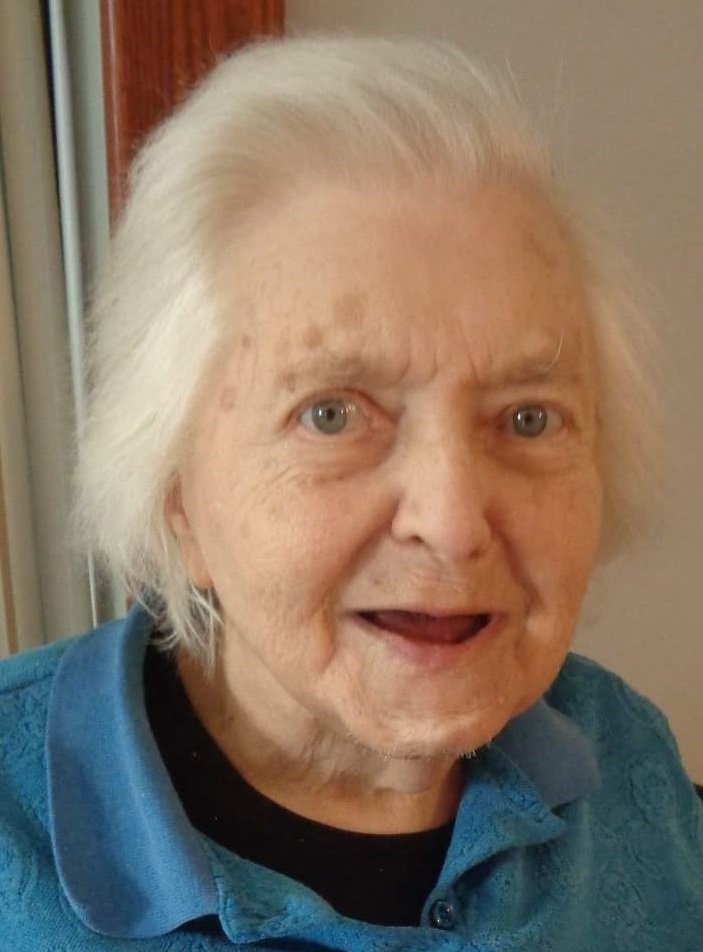 Marguerite (Marge) D. Sharp (nee Watson) was born at her family home on Second Avenue in Joliet, IL October 11, 1933. She went to be with her Lord May 21, 2020 at Sunny Hill Nursing and Rehab Center in Joliet.

With the exception of several years where she lived in Farmer City, IL, she was a life-long resident of the Joliet/Plainfield area.

Marge had been a member of the Homemakers Learn-and-Do Unit for many years. She also had a passion for Genealogy and was a member of several groups including Will-Grundy Genealogical, Fox Valley Genealogical and Sheldon Family Association. She also enjoyed making jump-ropes and packing shoeboxes for Operation Christmas Child at Sunny Hill.

Marge was the fifth of seven children born to Josiah and Margaret (nee Jones) Watson and is survived by two of her older sisters, Frances (John) Mickelsen and Ruth Watson. Besides her parents and husband, Walt, she was preceded in death by an infant brother, Josiah David Watson and three of her sisters, Esther Nichols, Ella Mailand and Anne Furtick.

Marge requested no service after her death so a private burial for her will be held at a later time.

Her family would like to thank the staff of Sunny Hill and Joliet Area Community Hospice for their care over the past few years.

Memorials to the Friends of Sunny Hill, Joliet Area Community Hospice or Operation Christmas Child in her name, would be welcomed.

Share Your Memory of
Marguerite
Upload Your Memory View All Memories
Be the first to upload a memory!
Share A Memory
Plant a Tree