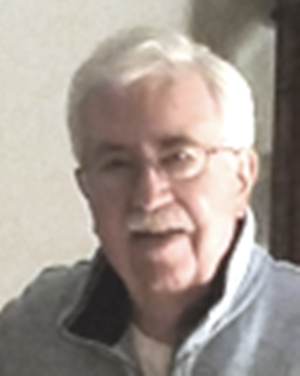 Robert Bernard Campbell, age 74, late of Plainfield, IL, and a lifelong Joliet resident, passed away in his sleep, Sunday morning, July 26, 2020 at Our Lady of Angels Retirement Home.

He was born April 21, 1946 to Bernard and Evelyn (Baskerville) Campbell in Joliet, where he was raised and educated, attending St. Raymond Grade School and Joliet Catholic High School. Bob earned a Bachelor's degree from the University of Illinois in Champaign.  “Ram”, as he was known by many, was also a U.S. Army veteran who served during the Vietnam War.

Bob worked for the Exxon Mobil Joliet Refinery from its first day of operation in 1972, and for over 34 years until his retirement as Laboratory Supervisor in 2006.

One of Bob’s greatest joys was following the baseball and coaching career of his son, Kevin.  He was the Joliet Dirtbags biggest fan.

He is survived by his wife of 43 years, Jacquelyn (nee Etcher) Campbell of Plainfield; his loving son, Kevin (Olivia Hogan) Campbell of Joliet; one sister, Sr. Bernard Marie Campbell, OSF; one brother, Thomas (Mary) Campbell in Florida; special family, Fred and Judy Tijan; and many nieces and nephews.

He was preceded in death by his parents; and two sisters, Patricia (Will) Johnston and Dorothy (Thomas) Rink; father-and-mother-in-law, Milford and Lucille Etcher.

The family wishes to extend their gratitude to everyone at Our Lady of Angels for the loving and excellent care Bob received while a resident there.

A Mass of Christian Burial for Robert Campbell will be celebrated at 10:00 a.m., Wednesday, August 5, 2020 at the Cathedral of St. Raymond Nonnatus, 604 N. Raynor Avenue, Joliet. Facemasks and distancing will be observed. Inurnment in Abraham Lincoln National Cemetery, where full military honors will be accorded, will be private.

In lieu of flowers, memorials in his name to the Will County Humane Society, 24109 Seil Rd, Shorewood, IL 60404 (www.willcountyhumane.com)

For more information, please call (815) 741-5500 or visit his Memorial Tribute at www.fredcdames.com where you can leave a condolence or share a favorite memory or story.

In lieu of flowers, memorials in his name to the Will County Humane Society, 24109 Seil Rd, Shorewood, IL 60404 (www.willcountyhumane.com)