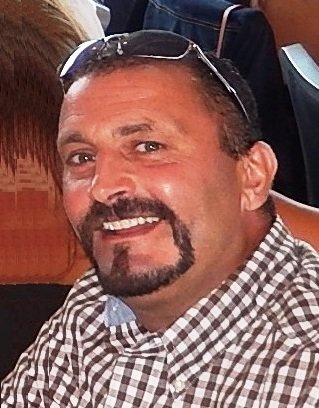 Born October 17, 1968 in Joliet, he attended St. Mary Nativity Grade School and was a graduate of Joliet Catholic Academy, Class of 1986.  Ron continued his education at Northern Illinois University, receiving his bachelor’s degree in accounting and then his accreditation as a Certified Public Accountant.  Soon wanting a career change, he entered the IBEW Electrician Apprentice program and became a proud member of IBEW Local #176 working for Elliott Electric, Inc. for over 30 years.

Ron was a caring and devoted husband, father, son, brother and uncle who loved his family and put their needs before his own.  He enjoyed all sports, especially following his favorite Chicago teams, the Bears, Cubs and Blackhawks. He will be remembered for being a very hard worker, and for his honesty, integrity and reliability.  He was a good friend to all who knew him, and the relationship he had with his co-workers was like family.  He was simply “the best” at who he was and what he did.

Visitation for Ron Bebar will be held Thursday, September 10, 2020 from 2:00 to 8:00 p.m. at the Fred C. Dames Funeral Home, 3200 Black Road, (at Essington Road), Joliet.  Face masks will be required and social distancing will be practiced, as well as keeping in compliance with current capacity guidelines.

Due to restrictions on the number of persons in attendance, funeral services for Ron will be private.  Burial in St. Joseph Cemetery, Joliet, will be Friday, at 11:30 a.m.

In lieu of flowers, memorials in his name to an education fund for the benefit of his children would be appreciated.

For more information, please call (815) 741-5500 or visit his Memorial Tribute at www.fredcdames.com to leave an online condolence or share a favorite memory or story.

Due to restrictions on the number of persons in attendance, funeral services for Ron will be private.

In lieu of flowers, memorials in his name to an education fund for the benefit of his children would be appreciated.