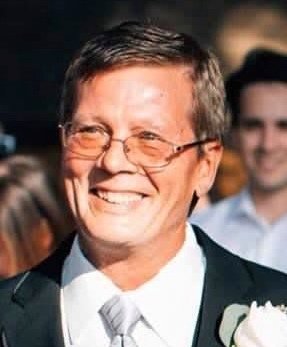 Charles G.  Graves, also known as “Chuck” or “Charlie”, age 62, of Elburn, IL area passed away peacefully Thursday, October 8, 2020.  He was born November 24th, 1957 to Robert and Gail (nee Evans) Graves in Manhattan, Kansas.  Chuck graduated from Thornton Fractional South High School in Lansing, IL with the class of 1976.  He received an Associates Degree in Horticulture Science from Joliet Junior College in 1978.

Preceded in death by his son, Joseph Gregory Graves.

In his early years, Chuck spent time camping with his family, playing the tuba and bass guitar, wrestling and football. He began working alongside his Grandfather Evans at Fairview Gardens in Aurora, IL, at the age of 15, which became his career for the next 31 years. (1972-2003). He became Vice President and Co-Owner of Fairview Gardens. Chuck loved all aspects of landscaping, from greenhouse flowers to trees and the camaraderie of his crews, who knew him as Carlitos. He was the recipient of several awards from the McDonalds Corporation and Northern Illinois Gas Parade of Homes. After retirement, he returned to work for Ron Clesen’s Ornamental Plants, Maple Park, IL.

Chuck enjoyed activities with his life long friends and family, which included fishing, hunting, camping, boating, water skiing, refurbishing tractors, and being a Chicago Bears and Nascar fan. Charlie will also be remembered as a spirited wrestling coach for the IKWF, the Kaneland Knights, and the Batavia Pinners Wrestling teams.  Labrador Retrievers were his constant companions. Time spent with his grandsons playing games, giving rides on his tractor, trying to occupy his special chair, and carving pumpkins were highlights in his life. They always brought a special smile to his face.

In lieu of flowers, memorials in his name can be made to the Joliet Area Community Hospice or a charity of your choice.

In lieu of flowers, memorials in his name can be made to the Joliet Area Community Hospice or a charity of your choice.