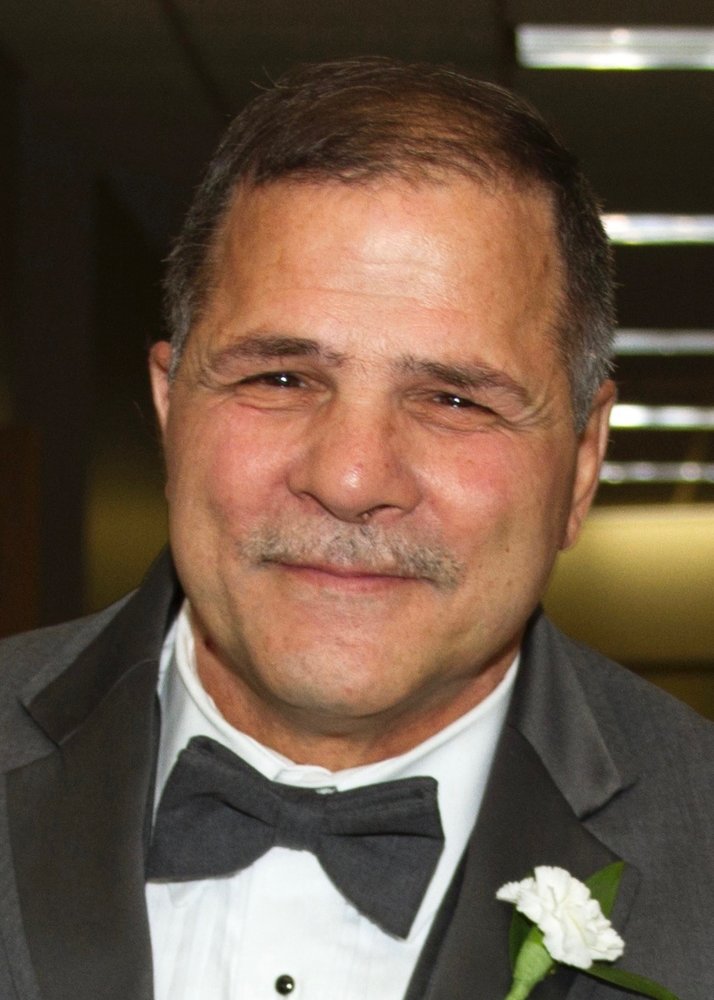 Gary Anthony Damiani, passed at the age of 65, on Saturday, November 14, 2020, at his home in Shorewood, IL.  He was born on June 15, 1955, the son of Pietro Derno and Ada Damiani.  Gary was born and raised in Chicago Heights, IL, and was a graduate of Marion Catholic High School where he was involved in wrestling and football.  Growing up, Gary was actively involved in the family store, D & D Foods in Chicago Heights.

After High School, Gary attended Joliet Junior College where he played football, wrestled, and then earned a wrestling scholarship from the University of New Mexico.  When he returned to Illinois he began work at Rovanco Piping Systems in Joliet. In 1986, Gary was employed by Northern Illinois Gas (NICOR) where he began as a meter reader and later transitioned to Fleet Technician. He was with NICOR for 34 years and truly enjoyed his career and building relationships with his co-workers.

Gary married the love of his life, Dawn Delgado in 1981, and together they raised two beautiful children. Always putting others before himself, Gary worked hard to provide for his family to ensure that Dawn was able to be at home with the kids. Gary helped coach his children’s tee-ball and soccer teams. He also helped coach his son’s Chanooka Braves football team while Dawn coached their daughter on the cheerleading squad. Gary also spent time helping coach wrestling at Joliet Catholic Academy and was a licensed IHSA Referee.

When he wasn’t spending time with his family, he enjoyed fixing cars, listening to music such as old religious hymns, bluegrass, and basically anything you could tap your knee to. The music always made him smile. He also enjoyed serving and helping others in any way he could.  His generous nature and caring demeanor played a major role in all of his volunteer work in the community.  He spent time at the Morning Star Mission, where he would speak and play the banjo. Gary and his wife also volunteered for 12 years together as “Camp Uncle and Aunt” with Royal Family Kids, which is a camp for foster children.  Not only was he generous with his time, Gary also loved to cook and poured his heart into any dish he made for others to enjoy.

Gary’s devotion to his church was just as important to him as his family was. While he was a parishioner at First Assembly of God Church in Joliet, he spent time serving as a Deacon, was involved in the youth ministry with his wife, loved worshipping in the church choir, and acting in the church plays and musicals. While attending Calvary Church in Naperville, he had a heart for praying and ministering to others.  He also served as an usher, and parking lot attendant where he enjoyed welcoming people to church while directing traffic.

Gary will be remembered for his warm smile, gentle nature, humble demeanor, strong work ethic, and generous heart and will be missed by all who knew him. His love for God was evident in how he loved and cared for his family and those around him. Because of God’s love in his life, he will live on in the hearts of those he touched.

He is preceded by his father, Pietro Derno Damiani, and his sister Mary Ellen Damiani.

Visitation for Gary Anthony Damiani will be held on Friday, November 20, 2020, from 4:00 to 8:00 p.m., at the Fred C. Dames Funeral Home, 3200 Black Rd. (at Essington Rd.), Joliet, IL. In accordance with the Illinois guidelines, a 10 person capacity will be followed.  Face masks are required and social distancing will be observed.

Interment will follow at Seward Mound Cemetery in Minooka, IL. Because he loved helping to make a difference in the lives of foster children, in lieu of flowers, donations to Majestic Kids, 901 Shorewood Drive Shorewood, IL 60404, in his name would be appreciated.

Because he loved helping to make a difference in the lives of foster children, in lieu of flowers, donations to Majestic Kids, 901 Shorewood Drive Shorewood, IL 60404, in his name would be appreciated.