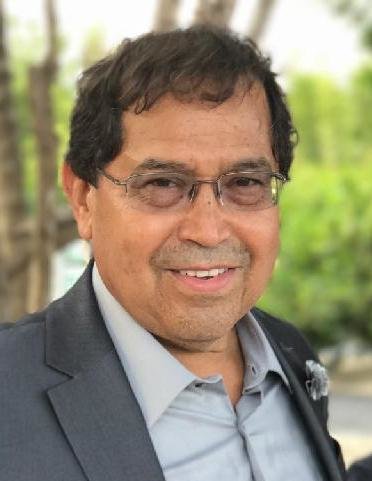 Age 68 of Joliet, passed away Thursday, November 19, 2020, at his late residence.  Juan was born in Texas and raised in Plainfield, living in Joliet his adult life.  He was a graduate of Plainfield High School class of 1971 where he wrestled varsity three of his four years.  He was the former owner and operator of Vela’s Restaurant and Lounge.  Juan retired from IBEW Local #176.  He was a member of the Illinois Licensed Beverage Association, and the Joliet Moose Lodge #300.  He was past president and former board member of the Joliet Public Library and former board member of the Spanish Center as well. Juan was a classic car enthusiast and a proud owner of a 1966 Chevelle.   Juan took great pride in auto racing at the Grundy County Speedway.  Juan enjoyed fishing in Alaska and Canada. His favorite past times were golfing, fishing, and riding his motorcycle. He loved all the pets he rescued; however, all he ever wanted was to be surrounded by family and friends.

Funeral Services for Juan Vela will be held privately by the family. He will be laid to rest next to his daughter, Vanessa Sofia at Mt. Olivet Cemetery. For more information, please call (815) 741-5500 or visit his Memorial Tribute at www.fredcdames.com where you may leave a condolence or share a favorite memory.

Funeral Services for Juan Vela will be held privately by the family.

He will be laid to rest next to his daughter, Vanessa Sofia at Mt. Olivet Cemetery.

Share Your Memory of
Juan
Upload Your Memory View All Memories
Be the first to upload a memory!
Share A Memory
Plant a Tree