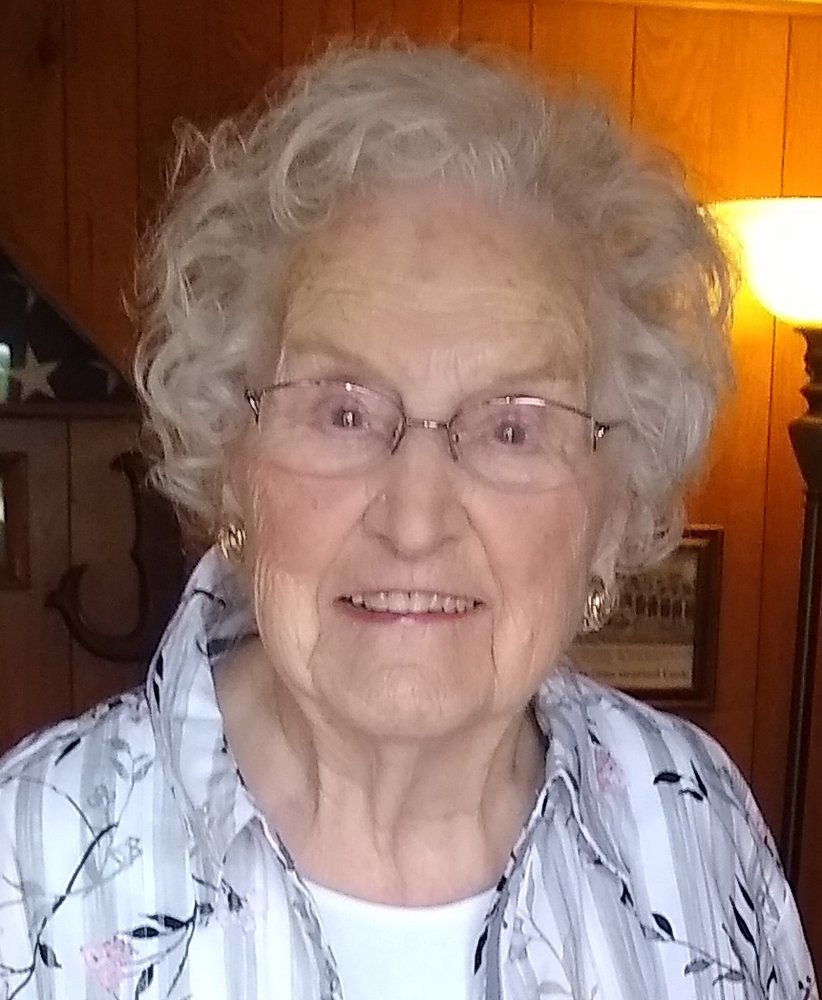 After a beautiful life of 98 years, Mary E. Shankland went home to be with God while surrounded by family at her home in Joliet on December 11, 2020.

Mary was born in Quincy to Ferdinand and Antoinette Niemann on November 16, 1922, and was the oldest of four children. She graduated from Quincy Notre Dame High School, where she developed a passion for piano and music. She continued her studies at Marycrest College in Davenport, IA, where she enjoyed performing piano recitals and accompanying aspiring musicians. After earning her bachelor's degree in music, Mary returned home to teach at her high school alma mater while caring for her family following her mother's passing.

In 1948, Mary married her high school sweetheart, Jack Shankland, of Quincy. They moved to Rock Island, where they started their family. Her love of music continued to shine as the church organist. In 1960, Jack's work led them to Joliet, where he and Mary helped their ten children flourish. They were so proud to see them receive a Catholic education and earn college degrees, which was their dream fulfilled.

In addition to being a busy mom, Mary, at 45, added "grade school teacher" to her repertoire. Each morning she got her ten children ready for school and then darted-off to teach 30 more. She first taught music at Anna McDonald School in Manhattan, followed by many years with first- and second-graders at Troy Craughwell and Cronin schools in Joliet. She loved her students and treasured the many friends she made along the way. At home, she was the editor and grammarian. At the stroke of midnight, she was often pounding-out copy on her vintage Remington typewriter. Her children had that "term paper deadline." And their deadline was her deadline.

Music was instrumental in Mary's home. She enjoyed teaching private piano lessons and performing as an accompanist for fun events like Jubilation and music competitions. At 98, she still enjoyed playing the piano. Her recent and final family performance is from a musical piece that still sits atop her piano. It's appropriately titled, "As Time Goes By."

In retirement, Mary kept her sharp mind busy with the daily challenge of crossword puzzles and stories about her wonderful childhood in Quincy. Traveling with Jack and sharing the joys and challenges of life with their children and grandchildren made her the happiest. Her home was the gathering place for holidays and family celebrations, like her recent 98th birthday party that now joins the many cherished memories.

Mary had a beautiful mind with a heart wide-open. We will miss her.

Today, Mary is smiling with her husband, Jack, and their son, Paul; her grandsons, Kyle Flavin and Kevin Hansen; her son-in-law, Rod Springer; her parents, Ferdinand and Antoinette Niemann, Clinton and Elizabeth Shankland; her sister and brother-in-law, Catherine and James Johnson; her brother and sister-in-law, Ferdinand and Rita Niemann; her niece and nephew, Connie Ann Wheeler and James Johnson.

Thank you for your dear friendships over the years. We look forward to seeing you at a Memorial Mass and celebration in the future.

Thank you to Alexandria Baczek, Mary's caregiver, and the doctors, nurses, technicians, and certified nursing assistants of St. Joseph Medical Center for your outstanding, compassionate care. Mary sang your praises day after day.

Thank you to Father Michael Lane of the Church of St. Jude and Father William Dewan of the Cathedral of St. Raymond for your special blessings. Our mother called for you, and you answered.

The family held a private visitation and funeral Mass for Mary on December 17. Her final resting place is Woodlawn Memorial Park II in Joliet. In lieu of flowers, the family warmly appreciates memorials in Mary's name to Church of St. Jude New Church Building Fund c/o Church of St. Jude, 2212 McDonough St., Joliet, IL 60436.  For information, please call (815) 741-5500 or you may visit her Memorial Tribute at www.fredcdames.com where you may share a favorite memory or leave an online condolence.

The family held a private visitation and funeral Mass for Mary on December 17.