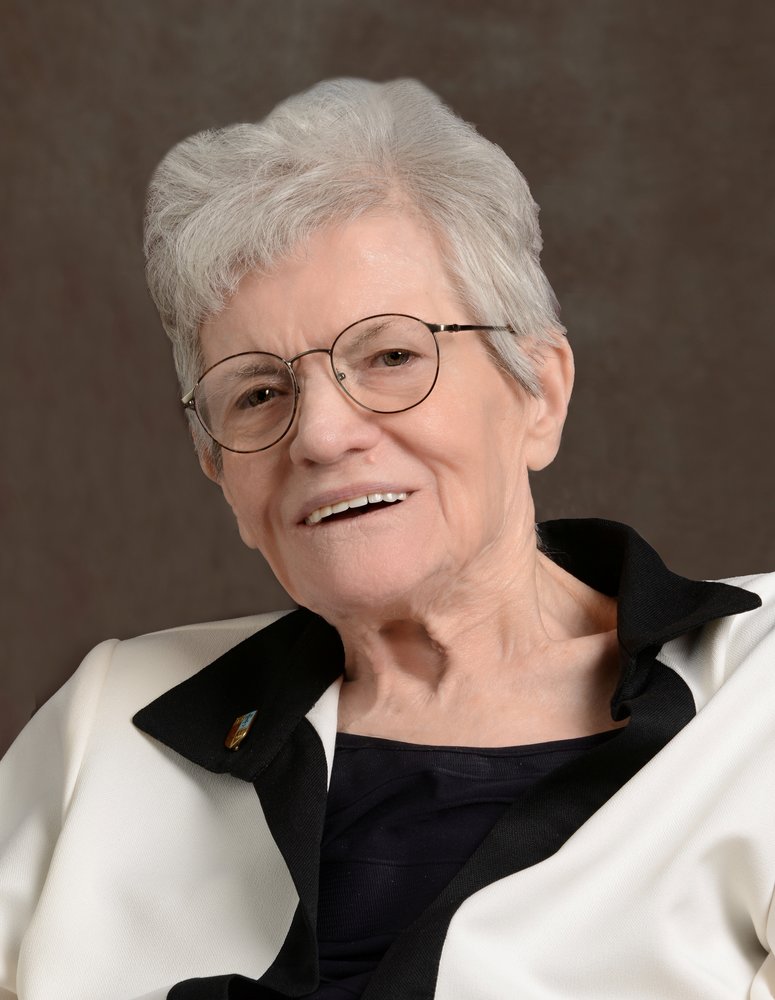 Sister Elaine Murphy, OSF (1939 – 2021) died at Our Lady of Angels Retirement Home, Joliet, Illinois, on March 20, 2021.  A native of Chicago, Illinois, Sister Elaine was one of three children born to Margaret (Bohlman) and George Murphy. She was preceded in death by her parents and her brother William Murphy. She is survived by her brother Dennis of Justice, Illinois and her sister Judy Tocci of Midlothian, Illinois.  Sister Elaine was a member of the Sisters of St. Francis of Mary Immaculate for 63 years.

A member of Sacred Heart Parish, Englewood, Chicago, Illinois, she attended the parish grade school and graduated from Sacred Heart High School. She earned her Bachelor’s Degree from the College of St. Francis now (University of St. Francis) and then went on to earn a Master’s Degree in Theology from the Aquinas Institute of Theology.  She has a Clinical Pastoral Education Certificate from the Methodist Medical Center, Peoria, IL.

Sister Elaine began her ministry as an elementary teacher in 1961 at St. Pascal School in Chicago. In 1967 she went as a missionary to Brazil, South America.  For 9 years she worked in Parish Ministry and as a catechist in Brazilia, Brazil. In 1978 she was named to the Congregation Governing Board and served as Area Coordinator until 1984 when she was elected President of the Congregation.  From 1988 until 1991, Sister Elaine served as the President of Joliet Catholic Academy.  After her ministry at the Academy, she became a Pastoral Associate at St. Joseph Parish in DeWitt, Iowa, and SS Phillip and James in the neighboring town of Grand Mound, Iowa. In 1995, Sister Elaine returned to Joliet and became Director of Admissions for Our Lady of Angels Retirement Home in Joliet and later served as a volunteer there.

In 2011 when her health began failing, Sister Elaine took up permanent residence at Our Lady of Angels where she has been serving for the last 10 years in a ministry of prayer for the needs of the Congregation, the Church and the world.

Due to the restrictions of the COVID virus, there will be no wake for Sister Elaine. She will be interred in the Congregation’s plot at Resurrection Cemetery in Romeoville, IL.  A Memorial Mass will be celebrated for Sister Elaine at Our Lady of Angels Retirement Home in Joliet at a future date.

Memorials may be made to the Sisters of St. Francis of Mary Immaculate, 1433 Essington Road, Joliet, IL  60435.  Funeral arrangements are under the direction of the Fred C. Dames Funeral Home.  For more information, please call (815) 741-5500 or you may visit her Memorial Tribute at www.fredcdames.com where you can share a favorite memory or leave an online condolence.

A Memorial Mass will be celebrated for Sister Elaine at Our Lady of Angels Retirement Home in Joliet at a future date.

Memorials may be made to the Sisters of St. Francis of Mary Immaculate, 1433 Essington Road, Joliet, IL  60435.