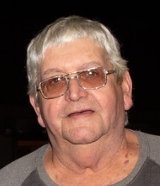 Paul F. Tondini "Frog" "Grandpa Froggy", age 76, of Morris, passed away Wednesday, March 31, 2021, at home. He was born December 22, 1944, in Cerro Gordo, IL to the late James and Phyllis (nee Poll) Paul was raised in that area and attended Mahomet High School.

Soon after high school, he married Janice and they started a family with the birth of Paul Louis and later Dawn. They moved to Morris and Paul worked as an Auto Body Technician and later started Paul & Jerry’s Auto Salvage with his brother.

Paul and Janice’s marriage ended some years later, but their friendship remained steady throughout the years.

He later married Sheryl and to this union, they were blessed with the birth of Ashley. Paul and Sheryl too separated, also remaining friends.

Preceded in death by his parents and one brother, Jerry Tondini.

Paul worked as an auto body technician and customizing vehicles was his true talent. His projects including converting a 1934 Ford pickup into a camper with the help of the Morris High School trades program. It was featured in parades & newspapers. Other notable projects including a four-wheel-drive mustang and an Austin Healey convertible. He loved cars & racing. He enjoyed watching NASCAR and was a fan of Dale Earnhardt Sr., he raced at the Speedbowl in Mazon and sponsored and worked on many cars at Grundy County Speedway. Later in life, he enjoyed repairing boats at Capt’n Nabbers in Morris.

A memorial visitation for Paul F. Tondini will be Tuesday, April 6, 2021, at Fred C. Dames Funeral Home, 1201 W. Route 6 at Deerpath Drive in Morris from 9:00 a.m. until the time of services at 11:00 a.m. Face masks are required, social distancing and capacity restrictions will be observed. Inurnment will follow in Evergreen Cemetery, Morris. Honorary Pall Bearers will be his grandchildren. In lieu of flowers, memorials may be directed to the family or in his name to Joliet Area Community Hospice would be appreciated. For information, please call (815) 942-5040 or visit his Memorial Tribute at www.fredcdames.com where you can share a favorite memory or leave a condolence.

In lieu of flowers, memorials may be directed to the family or in his name to Joliet Area Community Hospice would be appreciated.

Share Your Memory of
Paul
Upload Your Memory View All Memories
Be the first to upload a memory!
Share A Memory
Plant a Tree