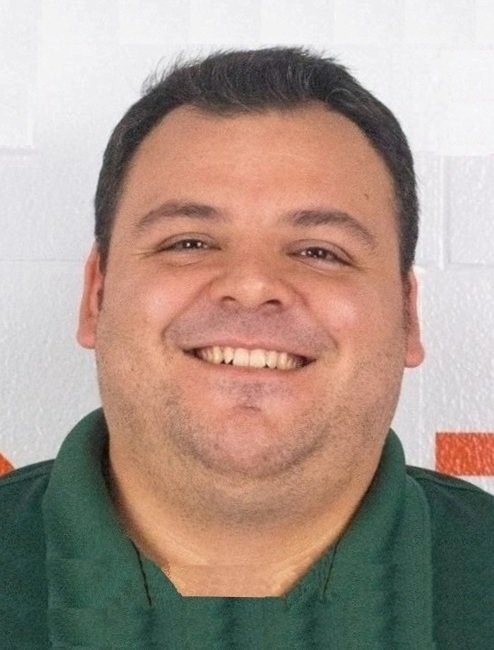 Scott Andrew McBride, age 37, of Channahon (since 1998), and formerly of Westmont, passed away Saturday, April 17, 2021 at Edwards Hospital, in Naperville, due to complications from Covid-19.

Born June 24, 1983 in Hinsdale, he was the son of William D. and Kimberly M. (Silva) McBride. He attended Miller Grade School in Westmont, and was a graduate of Minooka Community High School, Class of 2001. He then continued his Education at Joliet Junior College.

Better known as the “Gentle Giant”, Scottie was one of the nicest people you would ever want to meet.  He had the remarkable ability to connect with everyone he met, regardless of age or background.  And he always put the needs of others before his own.

A caring and devoted son, brother and uncle, Scott loved his family more than anything else in the world and shared his love for them with all who knew him.  He committed his life to caring for the well-being of his niece, Lexxi, not just as “Uncle” but as a second father-figure. He was highly involved, coaching her soccer and basketball teams and bringing her up to love and appreciate all things Sports and Tasty Bite locals from the day she was born.

Ever since Scott was little, he knew he wanted to be a Coach. He began his career in Education and Coaching at Liberty Elementary School, (District 202), before making his home at Plainfield East High School. He was fiercely devoted to his students, fellow staffers, and the relationships made with each of them.  His dedication to his career was evident in his desire to “always be better”.  He lived for his players and strived to instill in them character values and qualities to be successful in life. He believed it wasn’t just what you said, but how you lived and treated others.

Although his ultimate goal was to coach in college, he was totally contented and grateful with his position at Plainfield East.  In the words of Scottie “I think it would be awesome if we had a world full of people who were selfless, caring and loving. Challenge yourself to be better at everything you do”~Nov.11, 2013

For those who knew Scott, he will be remembered for his passions. Scott was an outstanding bowler, dancer extraordinaire, a deep thinker, and found joy in hanging with friends or in the simple peace of an afternoon nap. He was all about a good recharge for his next adventure. Scott loved basketball, particularly March Madness, where he would follow the developments of his favorite programs: the Kentucky Wildcats and the Michigan Wolverines. He loved soccer and followed Barcelona Soccer with religious-like adoration. He never missed being home to catch the Bears games with his Dad and most of all, Scott cherished his Saturday date nights with his beloved Sarah.

Surviving is his father, William “Bill” McBride; his sister Julia McBride and brother, William “Bill” (Lauren) Laster; his nieces Ava, Willow and Lennon Laster and Alexxis “Lexxi” McBride; his grandmother, Sylvia Silva; the love of his life, Sarah Hennessy-Gallegos and her daughter, Mikayla Gallegos; numerous aunts, uncles and cousins.  Scott also leaves many lifelong friends whose lives were impacted by his loyalty and love.

His beloved mother, Kimberly M. (Silva) McBride passed away the day after Scott.  His grandparents, Frank Silva and Evelyn and Eugene McBride also preceded him in death.

Visitation for Scott McBride will be held Friday, April 30, 2021 from 3:00 to 8:00 p.m., at Stone Hill Bible Church, 1516 Edgerton Drive, Joliet, IL.  A Memorial service will be held Saturday, May 1, 2021 at 11:00 a.m., also at Stone Hill Bible Church.  Face masks will be required and social distancing will be practiced at the visitation and service. Casual or Sports Attire is welcomed. Cremation rites will be accorded following services and interment will be private.

Fred C. Dames Funeral Home in charge of arrangements.  For more information, please call (815) 741-5500 or visit his Memorial Tribute at www.fredcdames.com where you may leave an online condolence or share a favorite memory or story.

Cremation rites will be accorded following the services, and interment will be private.

Share Your Memory of
Scott
Upload Your Memory View All Memories
Be the first to upload a memory!
Share A Memory
Plant a Tree