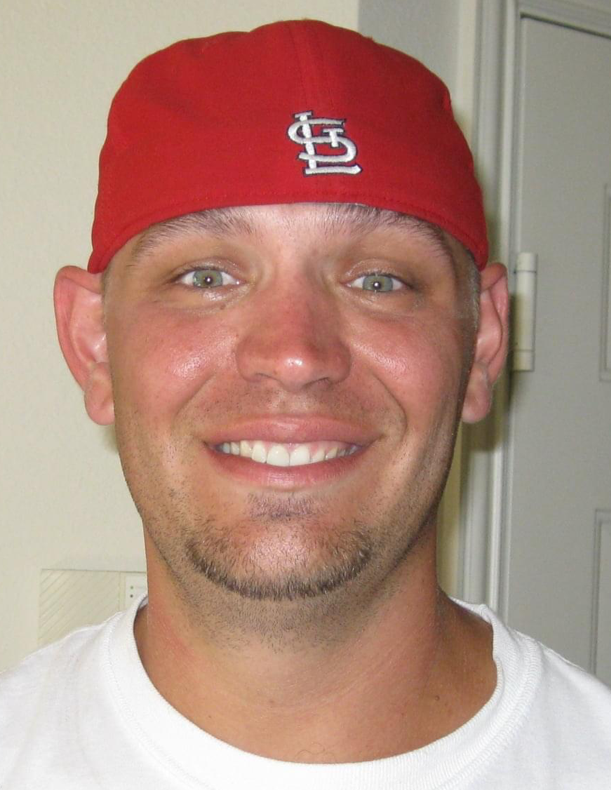 Age 39, departed this life suddenly, Monday, May 31, 2021.  He was born January 17, 1982 to the late Nancy (Bechler) and Anthony Aloisio in Joliet, IL.  Kevin was raised in nearby Channahon, IL attending Channahon grade schools and graduating with the class of 2000 from Minooka Community High School where he was a member of the football and baseball teams.

Growing up, Kevin was active in all sports.  His passion for sports was always there as he got older, thoroughly enjoying attending pro events, especially St. Louis Cardinals baseball games and Chicago Bears football games.  He was also known to enjoy fishing and helping anyone in need.

An electrician by trade, Kevin was also proficient in many of the trades, as he could be found helping his Dad at jobsites throughout the years.

He is survived by his parents, Anthony and Diane Aloisio; two brothers, Walter and Anthony; one sister, Stephanie, and several aunts, uncles and cousins.  He will also be missed by many caring friends, including special friend Krystle Hoffman.

Preceded in death by his grandparents, Robert and Emma Bechler, Don and Mary Aloisio, and Patricia and Edward Albert.

As it was Kevin’s wish cremation rites have been accorded.  All friends and relatives are invited to join his family in celebrating his life by being together and sharing memories from 1 p.m. until 4 p.m. Sunday, June 6, 2021 at the Croatian Cultural Club 1503 Clement Street in Joliet.

In lieu of flowers, memorials in Kevin’s name can be made which will be distributed to various causes in the future.

In lieu of flowers, memorials in Kevin’s name can be made which will be distributed to various causes in the future.

Share Your Memory of
Kevin
Upload Your Memory View All Memories
Be the first to upload a memory!
Share A Memory
Plant a Tree