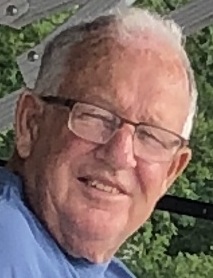 Obituary of Gerald A. Querio

Age 80, of Manhattan, IL Camdenton, MO, and Naples, FL passed away Saturday, June 5, 2021, in Camdenton Missouri at his beautiful Lake home that Jerry’s family and closest friends enjoyed every summer since 1999.

He was born October 2, 1940, to the late Mary (Bolotto) and Gento Querio in Joliet where he was born, raised and went to High school at Joliet township Class of 1959.

Jerry retired from US Steel Southworks as an Engineer after 42 years of dedicated service.  He began working at the age of 18 and never stopped. Working for one company his entire career, demonstrates how loyal he was.  He was an incredibly hard-working man. Jerry’s devotion and care for his wife, Mary, was a true testament to the wonderful life they shared. He set an amazing example for all his family to follow in their own lives. Jerry helped build and remodel several homes over the years for many of his friends and family. If they needed him, Jerry was there to help.  When his wife had a vision, he made it happen. When his kids called for a project, he did it, his way, or even better taught them how to do it themselves.  There was no project too hard or complicated for him to figure out, build or fix.  He was a “Superman" in that sense. He enjoyed sharing his love of boating and the “Lake Life” with friends, family and even friends of the family!  His passion was relentlessly teasing his grandchildren every minute he could. They absolutely adored him and understood his sharp sense of humor.  If you were ever blessed enough to be a guest at the Lake House, you certainly felt his love and always left with a full belly and big smile from all the laughter. He enjoyed taking care of everyone so much that it was comparable to a 5-star resort. Making sure everyone had their favorite drinks and great food was just a small part of his hospitality.  His winters in Naples were filled with amazing friends, golf and Happy Hour daily. He was a master pizza chef and his family and friends raved about his amazing concoctions. If you ask his grandchildren, Grampa had the best pizza on earth. Although Jerry was man of few words, he had such an amazing heart full of so much love you could not help but feel it in his presence.

A Memorial Visitation for Gerald will be Saturday, June 12, 2021 from 12 Noon until 3 p.m. at the Fred C. Dames Funeral Home 3200 Black Rd. (at Essington Rd) Joliet.  A service of remembrance will begin at 2:30 p.m.   As it was Jerry’s wish cremation rites will be accorded.

In lieu of flowers memorials in his name can be made to the charity of your choice.

In lieu of flowers memorials in his name can be made to the charity of your choice.