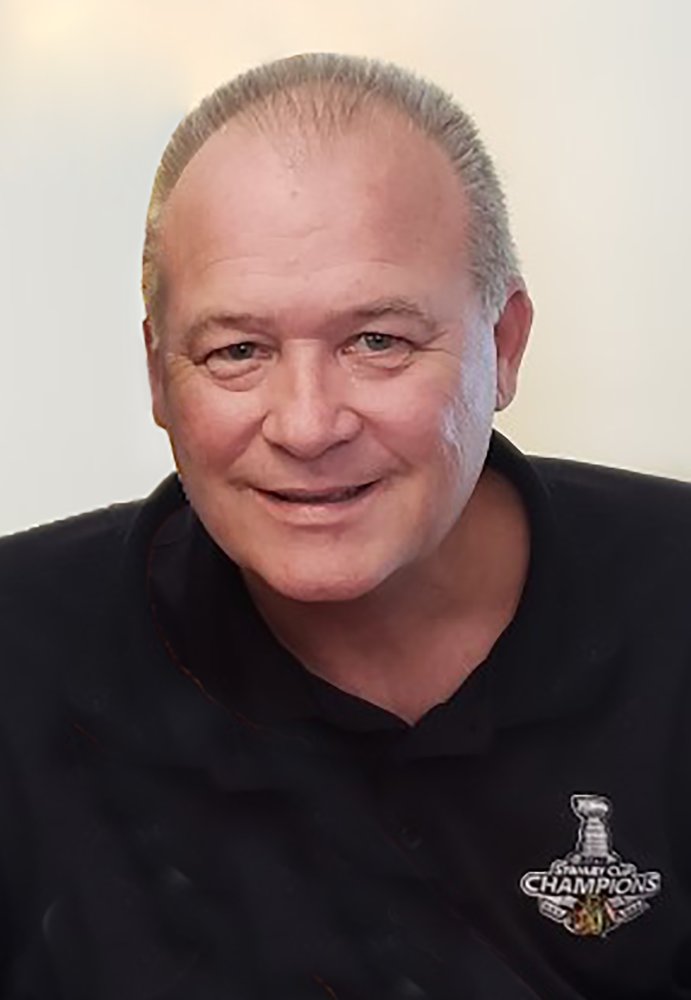 Michael Thomas Gorszczyk, Sr., age 59, passed away peacefully on Monday, June 7, 2021, at his home in Channahon surrounded by the love of his family.  Michael was born on June 29, 1961, in Blue Island, IL, the son of the late Robert and Helen (nee Kaczarowski) Gorszczyk.  He grew up in Tinley Park and was a graduate of Tinley Park High School.  Mick has been employed by Engage Technologe as a Territory Manager since 2013.  He was a parishioner of St. Ann Catholic Church in Channahon.

Mick was a diehard Chicago Blackhawks and White Sox fan. He enjoyed traveling the country, including several trips to Mexico with his wife Sandy.  Mick lived life to the fullest and believed that if you work hard, you can play hard.  He enjoyed going to concerts and gatherings with family and friends.

Mick is survived by his loving wife of 27 years, Sandy Knoblauch; his son, Michael (Stephanie) Gorszczyk, Jr. of Chicago, IL; grandchildren, Jakub and Ania Gorszczyk; one brother, Jeffrey (Brenda) Gorszczyk of Glendale, AZ; his  mother-in-law, Rosemary Knoblauch; his sisters-in-law, Diane (Oscar) Osorio and Pam (Duke) Matlock; and his nieces and nephews.  He is also survived by his faithful canine companions, "Paco" and "Ginger".

He is preceded by his son, Gary Gorszczyk and his parents.

A Memorial Gathering for Michael Thomas Gorszczyk, Sr. will be held from 2:00 p.m. until the time of service at 4:30 p.m. on Sunday, June 13, 2021, at the Fred C. Dames Funeral Home, 3200 Black Rd. (at Essington Rd.), Joliet, IL.  As it was his request, cremation rites have been accorded.  In accordance with the Illinois guidelines, face masks are required and social distancing will be observed.

Memorials in his name to Misericordia, Heart of Mercy, 6300 North Ridge, Chicago, IL 60660 would be appreciated.

Memorials in his name to Misericordia, Heart of Mercy, 6300 North Ridge, Chicago, IL 60660 would be appreciated.