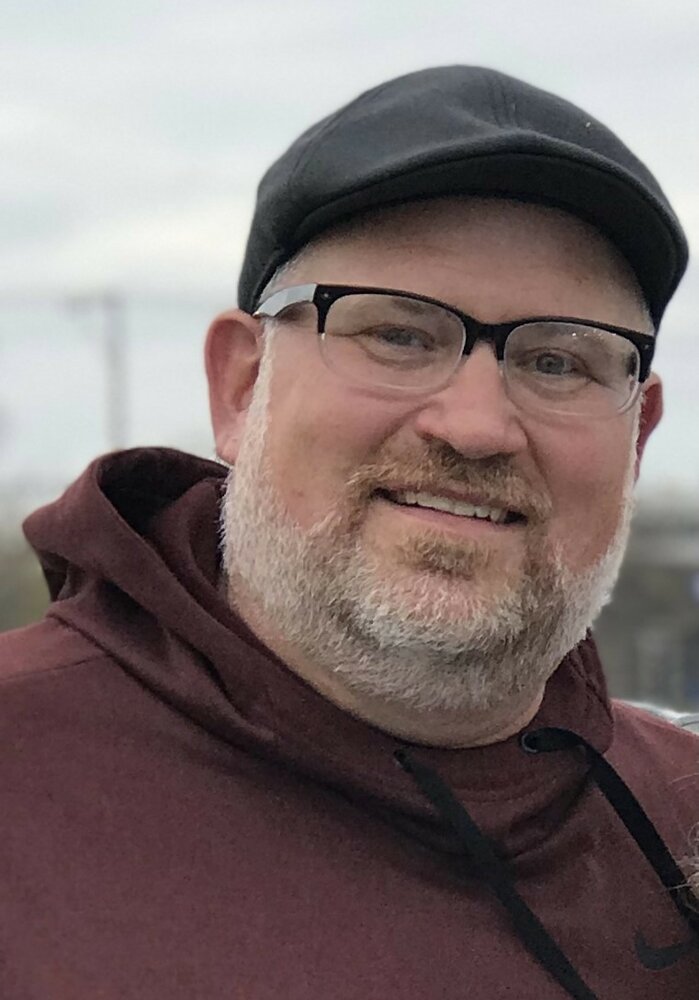 He met his best friend, Jayme (Ryan) Zobel, while working at Aurelio’s in 1986, 33 years ago. They were married in June 1995. Together they raised two of their most favorite people, whom he was so proud of, their sons, Ryan and Luke. He proudly played the role of coach, groupie, equipment manager or super fan for any of their events or games.

Mike has been best described as a gentle giant. He was quick on the draw with one-liners and kept his family and friends laughing in person and by text. He loved cars and motorcycles and sharing his unending car knowledge with anyone who would listen. He also had a great love for music. He could name any song, band, history on the song and year it was released. He loved all genres from rap to rock. However, his biggest talent and passion was his skill as a chef and his food presentation. For any event, everyone went straight to Mike to bring a dish, ask for recipes, get food advice or get the list of the best hidden-gem restaurants in any state. He could create a meal out of nothing and loved to laugh watching Jayme try to find her way around the grocery store. It is possible we all may starve without him.

Mike was lovingly thought of as the third boy in the house, he really was just a big kid. When there were sleepovers and Nerf wars, you’d find Mike locked and loaded, hiding in a shower waiting to surprise attack a group of boys.

His most favorite hobby was being a coach for Ryan and Luke and their friends. He was a long-time coach of flag football and basketball at the Cathedral of St. Raymond and the YMCA, and he was one of the first coaches for the Joliet Pride Basketball program. He loved basketball and teaching the game. He had the best personality to be a coach, he made them laugh, have fun, learn the game, and encouraged their growth as people and players. He became invested in the players’ future successes as well.

He was one of the first members of the Joliet Bourbon Club. He loved the guys more than the bourbon, and he so looked forward to their “meetings.” He was also an unwitting member of every committee or project that Jayme signed up for, that ultimately meant he was signed up for as well, which he always did with a smile.

He was a proud Teamster of Local 727, working in Chicago as a “Picture Car Guy” for the film and TV show industry. He loved this work, as he was able to drive all sorts of cars. He also loved the friends he made with the actors, crew and everyone he encountered on set.

Mike leaves behind a multitude of friends that he collected and never let go of whom he loved, as well as his family who he adored and was always so proud of, including his nieces and nephews that he thought of and treated like his own kids.

Also survived by many loving and supportive aunts, uncles, and cousins on both sides of the family.

He was preceded in death by his grandparents, Kenneth and Margaret Helen Sallenger of Plainfield, Georgia Belisle of Joliet, and Ray Zobel of California; his aunt, Kathy Deavers of Bloomington; and his father-in-law, Jim Ryan of Joliet.

In lieu of a Viking funeral, that was discussed in great detail and humor over the years, we’ve landed on a compromise. On Saturday, September 4, 2021, please join us for a Mass of Christian Burial at the Cathedral of St. Raymond, 604 North Raynor, Joliet, IL at 11:30 am.  Face masks will be required by all persons attending the funeral mass.

Immediately following the mass until 4:00 p.m., there will be a celebration of Mike’s life to include food trucks, drinks and music at Blue Ribbon Products 1511 Olympic Boulevard, Joliet, IL. All are welcome to help us celebrate Mike.

If you should choose, memorials in Mike’s name to an Education Fund for the benefit of Ryan and Luke would be appreciated.

Immediately following the mass until 4:00 p.m., there will be a celebration of Mike’s life to include food trucks, drinks and music at Blue Ribbon Products 1511 Olympic Boulevard, Joliet, IL. All are welcome to help us celebrate Mike.

If you should choose, memorials in Mike’s name to an education fund for the benefit of Ryan and Luke would be appreciated.