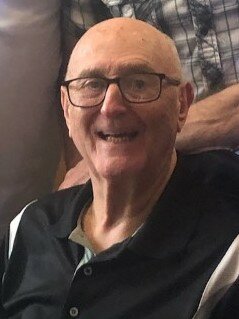 Age 85, passed away Wednesday, September 29, 2021 at Alden Estates of Shorewood.  Fred was born in Joliet, the son of the late Fred Sr. and Sophie (Maszak) Rogina.  He was a lifelong resident and a graduate of Joliet Central High School.  He served with the United States Marine Corp. as a reservist.  Fred retired from U.S. Steel as an electrician following over 40 years of service.  He was a member of St. Paul the Apostle Catholic Church.

Fred enjoyed the simple things in life, caring for his yard, tinkering in his workshop and an occasional visit to the shooting range.  He also enjoyed cruises and trips to Las Vegas with his wife.

He is preceded by his loving wife, Dolores (Trizna) Rogina; and his parents.

Visitation for Fred J. Rogina Jr. will be Tuesday, October 5, 2021 at St. Paul the Apostle Catholic Church, 18 Woodlawn Avenue, Joliet from 10:00 a.m. until the Mass of Christian Burial to be celebrated at 11:00 a.m.  Enshrinement will follow at Woodlawn Memorial Park Mausoleum.

In lieu of flowers, masses in his name would be appreciated.

In lieu of flowers, masses in his name would be appreciated.

Share Your Memory of
Fred
Upload Your Memory View All Memories
Be the first to upload a memory!
Share A Memory
Plant a Tree