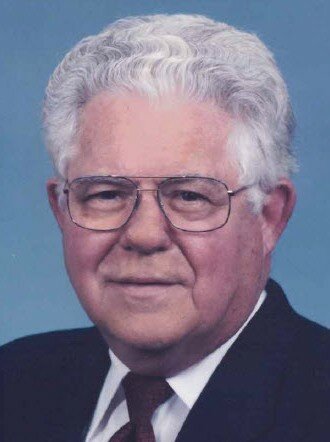 Age 94, a longtime resident of Joliet, IL and formerly from the Terre Haute, IN area, passed peacefully in his sleep early Sunday morning, October 3, 2021.

He was born August 15, 1927 to the late Grace (nee Haden) and Jacob Tucker in Terre Haute and was raised on a farm outside of town. He attended Terre Haute area schools and, after graduating high school, served his country in the U.S. Navy.

He is the beloved husband of 73 years to Rena (nee Fretz); loving father of Mark (Kathleen) Tucker, the late Marressa (Brian) Pearce and Marla (Frank) Witbrod; proud and devoted grandfather of Delaney Witbrod. He is also survived by his sister, Norma (late Pete) Taylor and several nieces and nephews.

He is preceded in death by his daughter Marressa (2020) and his parents.

In his early years, Gene was a mechanic and then began a career in sales with Sears, Roebuck & Co. that spanned 29 years. Possessing a methodical mind and a desire for change, he then switched gears and studied to become a financial planner which he thoroughly enjoyed. Over a span of 17 years he started with IDS, which later became a division of American Express, then changed again to Ameriprise Financial, which is the company he retired from in 1997 after helping many achieve sound investment and retirement success.

Known for his deep faith, his mechanical aptitude was equally spirited. Gene could troubleshoot with the best of them. There really wasn’t anything he couldn’t fix. Another favorite of Gene’s was getting back to his roots and visiting the old farm with Rena, outside of Terre Haute, where they first met.

All friends and relatives are invited to gather to remember and honor Gene at Friendship Baptist Church, 15801 N. Rt. 59 in Plainfield, IL on Sunday October 17, 2021 from 1 p.m. until a Memorial Service begins at 2 p.m. Pastor Odis Weaver will officiate. Private interment will take place later at Abraham Lincoln National Cemetery in Elwood, IL.

Memorial Contributions in Gene's name can be made to the Gideons

Share Your Memory of
Eugene
Upload Your Memory View All Memories
Be the first to upload a memory!
Share A Memory
Plant a Tree