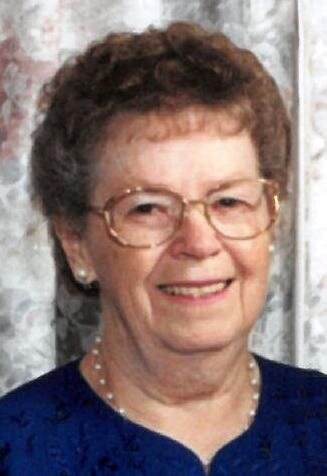 Mary Catherine Calahan, nee Krieger, age 95, of Joliet, passed away peacefully, Saturday, October 9, 2021 at home, with her loving family by her side.

Born November 6, 1925 in Joliet, she was the daughter of Henry A. and Catherine (Aschenbrenner) Krieger, and was a graduate of St. Patrick Grade School and attended Joliet Township High School.

She married the love of her life, Donald J. Calahan, and they enjoyed 73 years of marriage until his passing November 4, 2019.

Mary’s first job was at Andy’s Candies in downtown Joliet, where she met her future husband and friends after school.  While raising her family, she was a homemaker but helped out part-time at the candy store during the holidays.  She later worked for Hart Shaffner & Marx and Rust Craft Greeting Card Company.

A loving and devoted wife, mother, grandmother and great-grandmother, she will be remembered for her sewing and baking skills.  The Christmas holidays were always made more special by her Christmas cookies which her family and friends still talk about.  She was also a member of St. Mary Magdalene Catholic Church.