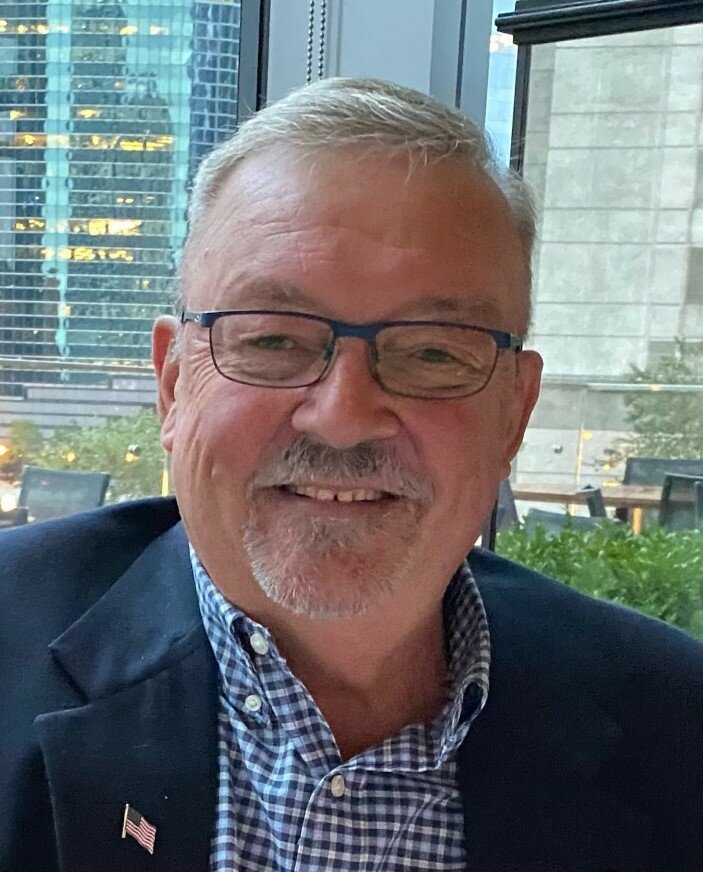 Age 70, of Elwood, IL passed from this life September 30, 2021 on the island of Santorini, Greece while traveling with his beloved wife.

Mike was born February 10, 1951 to the late Jeanne (nee Cigelski) and Bernard Brown in St. Paul, Minnesota. His family moved to Illinois when he was a young child. Mike graduated from Lockport West High School in 1969 and then attended Lewis University where he earned a Bachelor of Arts degree in Business Administration in 1973.

After being friends in high school and then college sweethearts, Mike married the love of his life, Phyllis (nee Egizio) on August 3, 1974. They started their life together in Lockport and then built their dream home in Elwood where they raised their family and watched it grow over the next 47 years.

Before retiring in 2012, Mike was a skilled pipefitter for more than 35 years. He proudly served as President of Plumbers and Pipefitters Local #422 from 2000-2009. A longtime delegate to the Illinois Pipe Trades Convention and U.A. General Convention, Mike remembered every job, every coworker, and had stories to go with it all. Throughout his career, Mike was respected as a tradesman, leader, and friend.

While Illinois was home, Mike loved seeing and exploring the world with Phyllis. Their travels included trips to Hawaii, Mexico, Italy, Spain, Portugal, Slovenia, Croatia, and their last adventure together, Greece. Throughout his life, Big Mike enjoyed playing and watching golf and softball; gardening - including dozens of tomato plants - each summer; and cheering for his Chicago White Sox and his son’s Chicago Cubs. Above all else, Mike was happiest spending time with his family and being “Papa” to his adoring grandchildren. Countless wonderful memories were made during a family trip to Disney World, holidays and special events together, and summer days by the pool.

In addition to his wife, Phyllis, Mike is survived by his sons, Mike (Sara) and Tony (Michelle), and his five grandchildren, Hadley and Eliza Brown, and Adalynn, Lillian, and Kaden Brown.

Mike is preceded in death by his parents and his brother, Danny.

Although he left us far too soon, we are comforted knowing Mike was exactly where he wanted to be - with his loving wife in a beautiful part of the world, enjoying life to the fullest.

In lieu of flowers memorials in his name can be made to the Robert H. Lurie Comprehensive Cancer Center of Northwestern University or the American Heart Association.

A Celebration of Life

In lieu of flowers memorials in his name can be made to the Robert H. Lurie Comprehensive Cancer Center of Northwestern University or the American Heart Association.