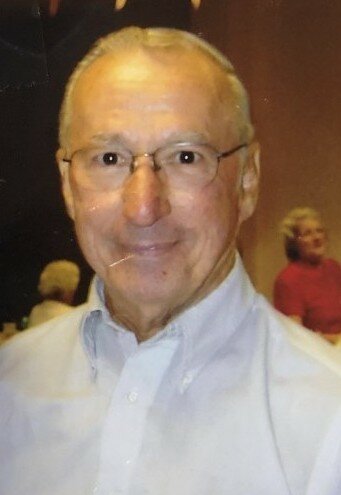 Age 87 of Joliet, passed away Tuesday, October 19, 2021 at Lightways Hospice Home.  He was born in Joliet, the son of the late James Seeley and Mary (Rittof) (Walter) Seeley-Derlinga.  He was a proud veteran of the United States Navy.  Jerry was formerly employed as a barber with his brothers-in-law at Chet’s Hair Studio and he retired from Caterpillar Inc.  He was a member of the Joliet Rivals Club and St. Paul the Apostle Catholic Church, where he served as an usher.

He is preceded in death by his brothers, James and George Seeley; and his sister, Patricia (Joseph) Bakos.

Funeral Services for Jerry Seeley will be Friday, October 22, 2021 at 11:30 a.m. from the Fred C. Dames Funeral Home, 3200 Black Rd., Joliet, to St. Paul the Apostle Catholic Church for a Mass of Christian Burial at 12:00 noon.  Interment will be held privately at Abraham Lincoln National Cemetery.  Visitation will be Friday morning from 9:00 a.m. until the time of service.