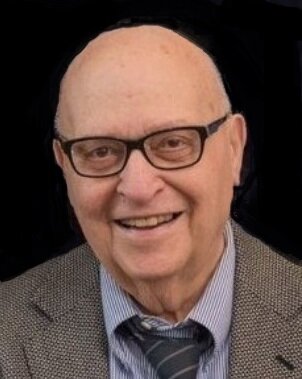 Peter S. Nania, passed away peacefully at the age of 91, on October 23, 2021.   Pete was born in November 1929 in Chicago to Italian immigrants.  Growing up in Chicago’s Little Italy, Pete lived with his parents and two sisters in the back of a small grocery shop that they operated on Taylor Street.  After graduating from Austin High School, Pete joined the Army and was a Korean War Veteran, earning a Korean Service Medal, United Nations Service Medal and a Good Conduct Medal. During the war, Pete was stationed in Tokyo working in communications after graduating from the Signal Corps Replacement Training Center in Camp Gordon, Georgia.  He worked hard his entire life.  After the military, he worked as a Postal carrier and at Ottis Elevator Company, where he met his wife, Marcia, who frequently rode the elevator that he operated.  Pete and Marcia Married in 1961, and had three kids:  Terri, Pete Jr, and Jon.  Pete continued to work hard to help support his family, holding multiple jobs at a time.  He worked full-time at International Harvester, which turned into Dresser Industries, finally retiring from Komatsu in 1991.  While working full time, Pete held other jobs including a liquor store, Mars Candy Company, and Marshal Fields.  After retiring in 1991, Pete worked part-time at Sear’s Hardware Store in Downers Grove, where he was famous around town as the Sears Man - being spotted by fans on many occasions. Pete finally retired for good in 2015.

Pete was known for many other things in his life.  He was very talented at building things, having finished and remodeled parts of their houses, doing minor electrical and plumbing work, and excellent general handyman work.  Pete loved cooking and often did much of the day-to-day cooking after retirement.  Some of his specialties were lasagna, linguine with anchovies on Good Friday, and homemade giardiniera made in big batches that he would love to give to family.  Pete was incredibly intelligent.  He had a mind that never forgot a thing and wanted to learn.  He even used his new iPhone to call family, read the news, and check the sports scores.  Above all these things, Pete will be most remembered for his loving, generous, and honest (sometimes brutally honest) approach to life.  He loved his family more than anything and would do anything for them.  He was very social and could talk to anyone anywhere, even complete strangers.  People know right away what an amazing man he was and that spirit will live on in all of us never being forgotten.

Pete is survived by his loving wife of 60 years, Marcia; daughter, Terri; sons, Pete and Jon; grandsons, Ian, Jordan and Kyle; great-grandson, Peyton; his sister, Anna; his in-laws, Barb and Bill; and many nieces and nephews who loved him dearly.

Pete is preceded in death by his father, John; mother, Mary; and sister, Grace.

Funeral Services for Peter S. Nania will be held at 10:00 a.m., on Wednesday, October 27, 2021, at the Fred C. Dames Funeral Home, 3200 Black Rd. (at Essington Rd.), Joliet, IL.  Entombment will follow at Resurrection Cemetery in Justice with military honors held under the auspices of the United States Army.  Visitation will be held at the funeral home on Tuesday from 4:00 to 8:00 p.m. In accordance with Illinois guidelines, masks will be required.

In lieu of flowers, memorials in his name to Wounded Warriors Project would be appreciated.

In lieu of flowers, memorials in his name to Wounded Warriors Project would be appreciated.