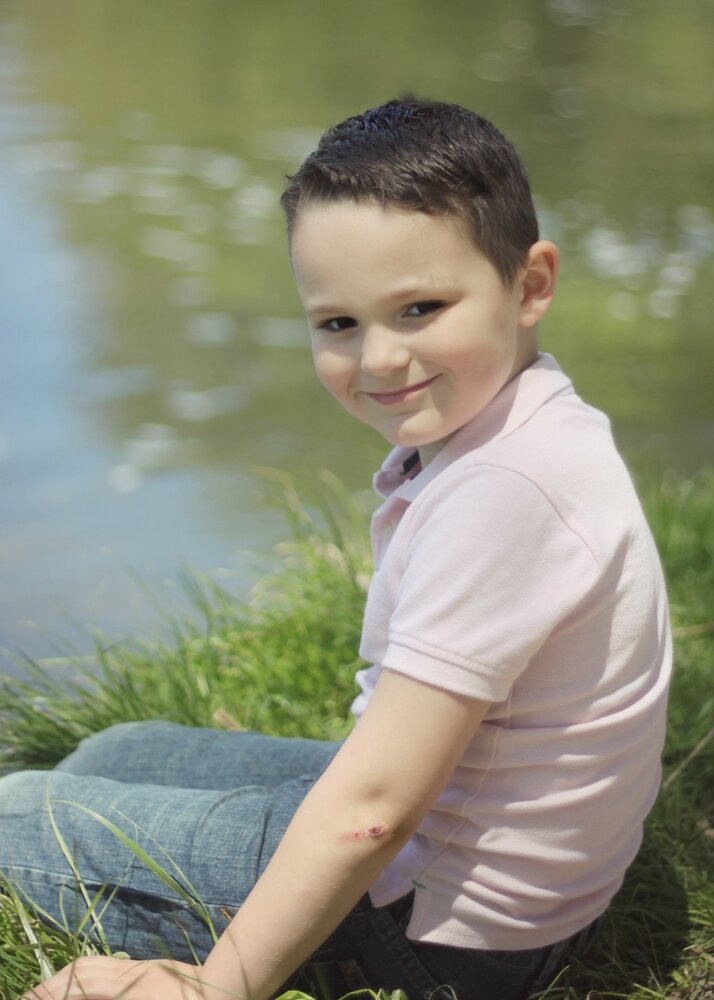 aka “Breckin the Brave”

Channahon, IL - In one of his bravest moments, Breckin Dean VanHyning crossed over from this world to eternal life on Monday, November 8, 2021, at home surrounded by family in his Mom and Dad’s loving arms. Breckin died eleven months to the day after his diagnosis of a Grade IV Thalamic Glioblastoma tumor.

He and his family have always lived life to the fullest, but especially this past year. Breckin loved building legos and spending time playing at the park with his best friends.  In the last year he was able to go indoor sky diving, kiss sea lions, go to Florida, attend a concert and car show in his honor, swim with dolphins, and throw out the first pitch at a baseball game. They were supported by countless individuals and organizations to make many of these memories possible. For this, the family is eternally grateful. Breckin faced pediatric cancer with resilience and bravery that inspired all who knew him.

Additionally, on April 20, 2021, Breckin was appointed an honorary police officer of the Plainfield Police Department, fulfilling one of his dreams. Countless law enforcement agencies, including the Plainfield, Channahon, Minooka, Joliet, Romeoville, Glendale Heights, Grundy County Sheriff, and other departments from across the world sent badges, challenge coins, and other signs of unity and support, providing encouragement and a representation of the best of humanity. Over 100 first responder vehicles participated in a Parade of Lights in Breckin’s honor in the final weeks.  Breckin and his family greatly appreciate the honor shared by all participating police agencies  and officers, and know that he will be hard at work looking over them with the same loyalty and honor that they showed him.

Breckin was born September 11, 2014 at St. Joseph Medical Center, Joliet, IL, and attended Aux Sable Elementary School.  He is survived by his parents Kelly and Kimberly (nee Severson) VanHyning, big sister Ashlyn, twin sister Brooklyn, and his special K-9 protector, Cooper. There is a huge hole in their hearts.

Additionally surviving are his grandparents, Gregory and Dorothy (nee McClintock) Severson of Joliet, Rita (nee Rowe) VanHyning of Jacksonville, IL, and William VanHyning of Jacksonville, IL; great-grandparents, Richard and Patricia (nee Wright) Severson of Minooka, Gilbert and Hilary (nee Hammer) Manns of Payson, AZ, Suzanne (nee Hazelrigg) Oshesky of Jacksonville, IL, and  Jack Rowe of Jacksonville, IL; aunts and uncles, Kyle Severson and Clyde Walter, Crystal and Peter Haben, Carmen Carter; cousins, Madelyn and Benjamin Carter; God Parents, Brad and Allison (nee Bromberek) Pharo; numerous great aunts and uncles, cousins, relatives, and a whole host of friends/family in the Highlands subdivision and beyond. He was continually surrounded by love, but even more, he brought the community together with his courage, hugs, and jokes. He never complained and always assured us that he “loved us more!”

In lieu of flowers, donations may be made to the family to distribute to the many organizations that supported Breckin, his family, and other kids battling life-threatening illness.

Breckin’s tumor has been donated to Lurie Children’s Hospital in Chicago to help further research a cure so that no other child will have to endure this tragedy.

A visitation for Breckin Dean VanHyning is scheduled for Monday, November 15th from 3:00 to 7:00 p.m., at Community Christian Church, 24035 W Riverwalk Court, Plainfield, IL 60544. A Celebration of Life will begin at 7:00 p.m.  The family has requested to live stream the funeral service for Breckin. Please click on this link  https://www.youtube.com/channel/UCN4SzffOPuR03-dMvZOKh2g and follow the instructions to show your support for them at a time when you cannot be physically present, but your thoughts, prayers and connection are.

In lieu of flowers, donations may be made to the family to distribute to the many organizations that supported Breckin, his family, and other kids battling life-threatening illness.

Share Your Memory of
Breckin
Upload Your Memory View All Memories
Be the first to upload a memory!
Share A Memory
Plant a Tree