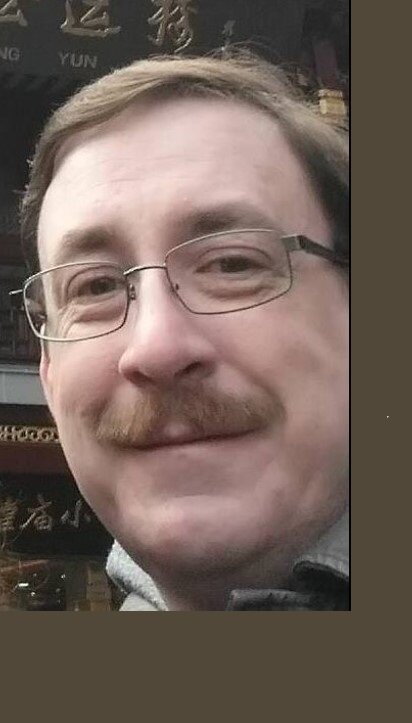 Louis R. “Rob” Sukle, Jr., age 55, late of Kokomo, IN and formerly of New Lenox, IL passed away Sunday, November 14, 2021 at IU Methodist Hospital in Indianapolis, with his loving family by his side.

Born January 21, 1966 in Joliet, IL he was the son of Louis R. Sukle, Sr., and Marilyn J. (Delaney) Sukle, and was a graduate of Providence Catholic High School.

Even though Rob earned his college diploma from Bradley University in electrical engineering, computers were his specialty.  He was great at developing new processes and software to keep companies running.  He worked for EDS (and all of its successors) with Delco Electronics (Delphi) between 1991 and 2019, when he had to stop working because of health issues.

In his spare time he liked to play video games, RPG games, read and watch sci-fi, and visit sci-fi and pop culture conventions.  He collected autographs from his favorite actors, especially related to Doctor Who and Star Trek.

His kids were his pride and joy, and he loved showing off the things they had accomplished.  He rarely missed a sports event or arts performance that the kids were in.  He was known to pull up videos of his daughter singing and show them to anyone who would listen.  He was a proud daddy who loved to watch the kids grow into young adults.

Though he survived three different kinds of cancer, the effects of treatments took a tremendous toll on his body, leading to his demise. He is gone too soon.

He was preceded in death by his father, both sets of grandparents, and several aunts and uncles.

In lieu of flowers, memorials in his name to the Leukemia and Lymphoma Society (www.lls.org) would be appreciated.

Share Your Memory of
Louis
Upload Your Memory View All Memories
Be the first to upload a memory!
Share A Memory
Plant a Tree