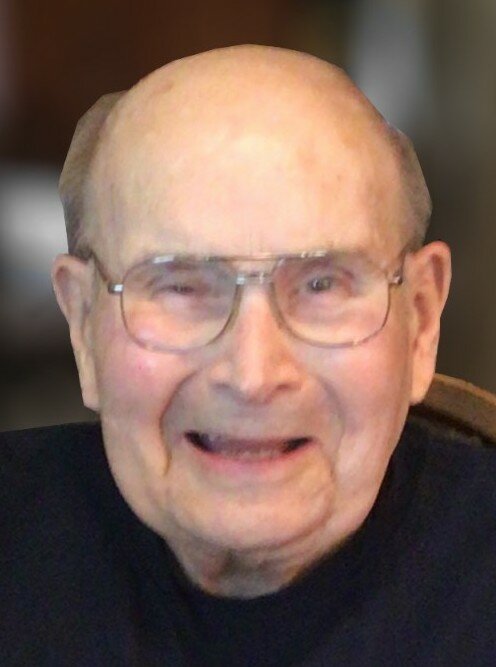 Please share a memory of Raymond to include in a keepsake book for family and friends.
View Tribute Book

Raymond Moran, age 87, a lifelong resident of Joliet, passed away Thursday, November 18, 2021 of complications resulting from congestive heart failure following a lengthy and courageous battle, which he fought with optimism and dignity.

He was born to Ambrose and Mary Moran on a snowy winter day.  He graduated from St. Patrick Grade School and Joliet Catholic High School.  After high school, he served his country in the Army during the Korean War.  Upon returning home, he ran the family farm, and met the love of his life, Denise Flanigan.  They married in 1960, and had an inseparable bond throughout their 61 years together.  They raised four amazing children, Tim, Maureen, Laurie and Gary, instilling in them independence and an honest work ethic.  They inspired a respect for education and taught them to live life with the gift of humor.  Ray was generous in spirit, known to slip you a $20 bill on your way out the door.

Family and faith defined his life.  He enjoyed car trips throughout the United States to visit his children and grandchildren, as well as vacations that took him to beautiful places.  Strong coffee and crossword puzzles with Denise started the day, and you could often find him enjoying an afternoon nap in his Lazyboy.  Some of his simple pleasures included a good meal, knowing the weather where all of his children lived, long conversations with fellow farmers, and watching Jeopardy.  His quiet strength and belief that everything would always be OK will be greatly missed.

He was preceded in death by his parents; one sister, Anna Marie (Henry) Stratz; and one brother, Gerald Moran.

Visitation for Raymond Moran will be held Tuesday, November 30, 2021 from 4:00 to8:00 p.m. at the Fred C. Dames Funeral Home, 3200 Black Road, Joliet.  Funeral services will be held Wednesday, December 1, 2021 at 9:15 a.m. from the funeral home to the Church of St. Jude, Joliet, where a Mass of Christian Burial will be celebrated at 10:00 a.m.  Interment will be in Woodlawn Memorial Park where military honors will be accorded by the United States Army.

Memorials in his name to Lightways Hospice, the former Joliet Area Community Hospice, (www.lightways.org) would be appreciated.

Memorials in his name to Lightways Hospice, the former Joliet Area Community Hospice, (www.lightways.org) would be appreciated.

Share Your Memory of
Raymond
Upload Your Memory View All Memories
Be the first to upload a memory!
Share A Memory
Plant a Tree