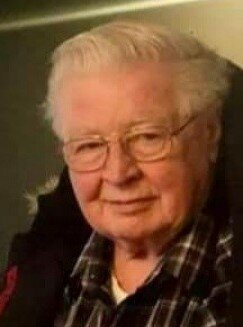 Richard R. Mulligan, age 74, of Crest Hill, passed away peacefully, Friday, November 19, 2021 at home, will his loving family by his side.

Born December 16, 1946 in Streator, IL, he was the son of the late Rafael Matthew and Florence Rita (Corrigan) Mulligan.  He was raised in Emington, IL and was a graduate of the former Saunemin High School.   He later received an Associate’s Degree in Accounting from Joliet Junior College.

Dick was a proud veteran of the United States Navy during the Vietnam War, attaining the rank of CM3, and receiving several citations.  Following his military service, he remained active in veteran’s activities serving as Past Commander of Harwood American Legion Post #5, a member of Cantigny VFW Post #367, and as Finance Officer for his American Legion Post #1080 in Joliet.

Dick was a hardworking man who retired from Caterpillar, Inc., where he worked over 25 years as a machinist, before embarking on a new career as a security guard for Empress Casino.

An avid euchre player, he loved play euchre with his friends at the Elks Lodge.  He also enjoyed being a member of the Joliet Rivals.  His family will cherish many fun memories and he will live on in their hearts as a loving and devoted husband, Dad and Papa.

He married the love of his life, Rosemary A. Riscile, and they looked forward to celebrating their 50th wedding anniversary this coming April 15, 2022.

Visitation for Richard Mulligan will be held Sunday, November 28, 2021 from 2:00 to 6:00 p.m., at the Fred C. Dames Funeral Home, 3200 Black Road, Joliet.  Funeral services will be held Monday, November 29, 2021 at 10:00 a.m., at the funeral home.  Interment will be in Abraham Lincoln National Cemetery where military honors will be accorded by the United States Navy and the Abraham Lincoln National Cemetery Memorial Squad.

In lieu of flowers, memorials to the American Legion Scholarship Programs would be appreciated.

In lieu of flowers, memorials to the American Legion Scholarship Programs would be appreciated.