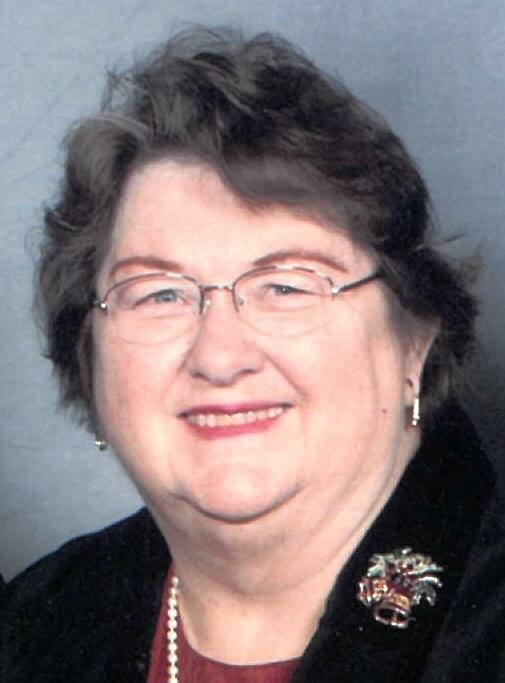 Born April 4, 1941in Bedford County, VA, to Charles Owen and Mary Lilyan (Bowyer) Rector, she was a graduate of William Fleming High School in Roanoke, VA, with the Class of 1959.  She continued her education at Radford College, Radford, VA, receiving her bachelor’s degree in education.

Connie worked as an elementary school teacher for a few years, and following her marriage to Andrew in 1964, enjoyed a new career as a wife, mother and homemaker.  Andy worked for Westinghouse, and her young family made their home over the years in North Carolina, Louisiana, Arkansas, Georgia, and Florida.  In 1995, Andy and Connie moved to Joliet, and have since made this their home.  While living here, Connie enjoyed working in Information Services for the Joliet Public Library.

Connie was a humble woman who was extremely proud of her three children and dearly loved her adoring grandchildren.  She was an avid reader, especially enjoying murder mysteries, and was devoted to the many dogs that were an important part of her family over the years.  Some of her happiest memories were living in Savannah, GA and time spent on the boat with family and friends.

Connie will be remembered as a loving and devoted wife mother and grandmother who was always there for her family, who never let her family down, and put the needs of others before her own.

She was preceded in death by a brother, James Rector, and a sister, Nancy Rector.

A Mass of Christian Burial for Constance Dubovsky will be celebrated Friday, January 7, 2022 at 10:00 a.m. at the Church of St. Jude, 2212 McDonough Street, Joliet.  Cremation rites have been accorded and interment will be private.

Fred C. Dames Funeral Home is in charge of arrangements.  For more information, please call (815) 741-5500, or visit her Memorial Tribute at www.fredcdames.com

Cremation rites have been accorded and interment will be private.