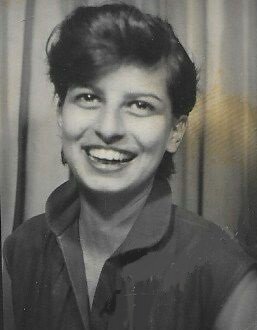 Grace Ann Edwards, age 79, of Joliet, passed away peacefully on Wednesday, January 5, 2022 at Amita Health St. Joseph Medical Center. Grace was born in Chicago on July 9, 1942 to Grace(nee Bruno, nee Mistrata) Stirling and the late Anthony Mistrata.  Having had such an enjoyable time vacationing in Las Vegas when she was younger,  Grace decided to make a career out of gaming and became a professional Blackjack and Craps dealer, working at the local Empress and Harrah’s casinos. She eventually even moved to Las Vegas and worked at Nevada Palace and Sam's Town, returning to Joliet after her retirement.

Her most important job however was being a mother and grandmother.  She was devoted to her family, always being generous with her time with whatever was needed, whether it be sound advice or just an ear to listen.  Grace also held her Christian faith in high importance and passed those beliefs on to her family.

She is preceded by her father, Anthony Mistrata, Sr.

Private family services are scheduled to be held, with entombment to follow at Sts. Peter & Paul Cemetery, Naperville.  For more information, please call 815-741-5500 or visit her Memorial Tribute page to leave an online condolence at www.fredcdames.com.

Private family services are scheduled to be held.