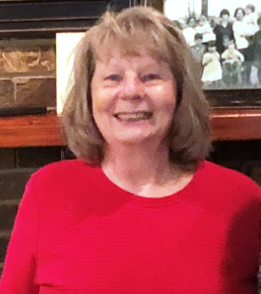 Obituary of Jeanine A Tonn

Jeanine A. Tonn, age 69, of New Lenox, passed away peacefully on Friday, January 21, 2022 at Silver Cross Hospital, with her loving family by her side.

Jeanine was born in Chicago to the late William and Ellen (Berbes) Malesky on March 19, 1952. She was a graduate of Kelly High School. After high school graduation, she worked at Western Electric where she met her husband, William P. Tonn, and they married on September 6, 1975.

Jeanine’s hobbies included rooting for the Chicago White Sox and avidly rooting against the Chicago Cubs, spending time with her friends such as attending Bunco, meeting up for Pepe’s Tacos, and playing slot machines. Her favorite hobby, however, was watching NASCAR and cheering on her favorite driver, Tony Stewart.

Jeanine will be remembered for being the best, most-loving grandma. She was always doting on her grandson and was proud of everything he did. She was kind-hearted, a good listener and was always there when we needed her for anything. She brought joy and laughter to all gatherings, never took life too seriously, knew how to have fun, and will be missed dearly.

Jeanine is survived by her beloved husband of 46 years, William P. Tonn of New Lenox; her loving children Melissa Tonn of Manhattan, IL, Melanie Tonn of Arvada, CO, Christopher Tonn of Marinette, WI; and her adoring grandson, Logan Sorensen. She is also the cherished sister of Marcia (Tom) Swope, William (Nancy) Malesky, Thomas (Sue) Malesky, Judy Malesky, and David (Laura) Malesky; and a dear aunt to many nieces and nephews.

A Celebration of Jeanine’s Life will be held at a later date.

Fred C. Dames Funeral Home is in charge of arrangements. For more information please call (815) 741-5500 or visit her Memorial Tribute at www.fredcdames.com.

A Memorial Tree was planted for Jeanine
We are deeply sorry for your loss ~ the staff at Fred C. Dames Funeral Homes - Joliet
Join in honoring their life - plant a memorial tree

Share Your Memory of
Jeanine
Upload Your Memory View All Memories
Be the first to upload a memory!
Share A Memory
Plant a Tree