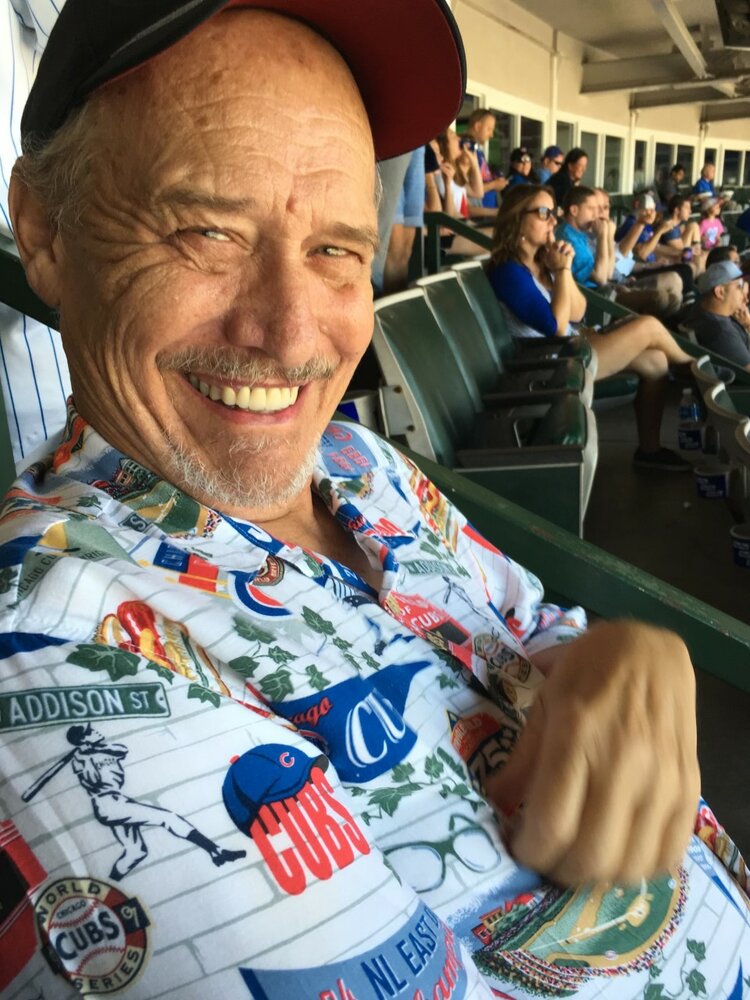 Raymond J. Ebner, of Joliet, passed away at the age of 74 on February 1, 2022, at Silver Cross Hospital in New Lenox.  He was born on October 7, 1947, in Joliet, the son of the late Robert and Ava (nee Hooper) Ebner. After 38 dedicated years, Ray retired from Caterpillar as a Machinist.  Ray was actively engaged in the community.  He was a Eucharistic Minister at Villa Franciscan and was a member of the Sons of the American Legion, Post 1080.

Ray met everyone with a smile and an open heart. If you crossed his path, you became a friend.  He was always willing to lend a helping hand and was a good listener.  There was no one who was better to talk to than Ray.

He was a lifelong Chicago Cubs and Bears fan and will be remembered for being a devoted “Grandpa, Buddy, and Papa”.  Ray would always be seen on the sidelines, he never missed a dance recital, football game, or even chance to spend time babysitting.

He is preceded in death by his parents and his brother, Robert Ebner.

Funeral Services for Raymond J. Ebner will be held on Monday, February 7, 2022, at 9:15 a.m. from the Fred C. Dames Funeral Home, 3200 Black (at Essington Roads), Joliet, IL, to the Church of St. Jude, 2212 McDonough, Joliet, IL, where a Mass of Christian Burial will be celebrated at 10:00 a.m.  Cremation rites will be accorded following the services.  Visitation will be held on Sunday from 2:00 to 6:00 p.m. at the funeral home chapel. In accordance with the Illinois Guidelines and the request of the family, masks will be required.

Share Your Memory of
Raymond
Upload Your Memory View All Memories
Be the first to upload a memory!
Share A Memory
Plant a Tree