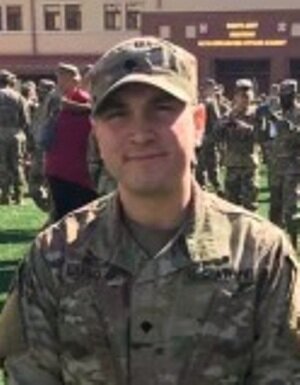 Joseph Matthew Lugo, ended his battle with cancer on January 27, 2022, at the age of 30.  He was born in Downers Grove, IL, on March 9, 1991, and was formerly from the Bloomingdale area.  Joey grew up in Plainfield, where he was a graduate of Plainfield South High School, Class of 2009.

Joey had a love for skateboarding that started at the young age of 7 and continued into his adult years.  His love for music, art and photography was contagious, as he loved nothing more than sharing new music that he discovered with his family and friends.   Joey was a beautiful soul who impacted the lives of so many people. His family and friends meant everything to him.  He has been described as one of the kindest people, always willing to help anyone in need.   Joey will be missed by all who knew and loved him.  The world will not be the same without him.

He is preceded by his paternal grandparents, Jose and Elida Lugo.

Funeral Services for Joseph Matthew Lugo will be held at 10:30 a.m. on Monday, February 14, 2022, at the Fred C. Dames Funeral Home, 3200 Black Rd. (at Essington Rd.), Joliet, IL. Interment will follow at Abraham Lincoln National Cemetery with full military honors held under the auspices of the United States Army.  Visitation will be held on Sunday, February 13, 2022 at the funeral home from 2:00 to 6:00 p.m.