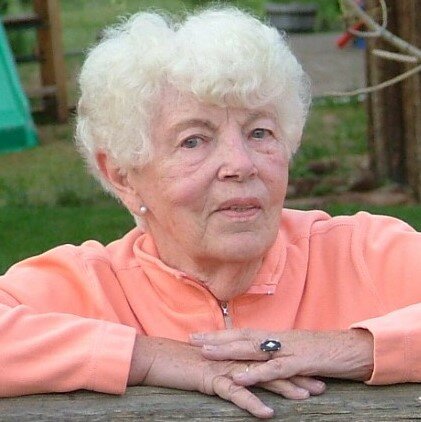 Age 90, a lifelong Joliet/Plainfield, IL resident, passed away peacefully February 7th, 2022.  Delores was born September 26, 1931 to the late Ivey (nee Oetter) and Alfred Maske.  She was raised on Broadway Street in Joliet and attended St. Peter's Grade School and Joliet Township High School where she graduated with the class of 1949.

Preceded in death by her parents; one brother, Richard Maske and nephew, Michael Maske.

Delores was a life member of St. Peter's Lutheran Church where she truly enjoyed singing in the choir for many years.  Dee was active socially with her neighbors and friends, playing Pinochle, Euchre, and Rummikub.  She was a member of the “Straka’s Cleaners” bowling team for many years.  She retired from Berry Bearing Company in 1996 after many years of dedicated service.  Following retirement, Dee traveled extensively and enjoyed it immensely.  Trips to England and Hawaii were favorites, as well as family reunion trips to The Bar NI Ranch in Colorado.  She even joined her family for a whitewater rafting trip down the Arkansas River in her 70s.

Memberships include the Joliet Women's Club, Plainfield Band Boosters, Plainfield Park District, and the Red Rovers.  Dee loved to send cards and notes, and was the “Princess of Happiness” for the Red Rovers, sending cards to all members for birthdays and special occasions.  In her later years, Delores supported our nation's troops by carefully preparing care packages with her trademark TLC.  Dee was a fan of the Chicago Cubs since childhood and was thrilled to see the Cubs win the World Series in 2016.  She also had a little crush on Kris Bryant.  In 2019 she fell head-over-heels in love with her great-grandson Liam.  He touched her heart as she touched others’.

She is remembered fondly as a very kind and warm-hearted woman.

A Memorial Gathering for Dee Hallerberg will be held on February 20th, 2022 from 11 a.m. to 1 p.m. at the Fred C. Dames Funeral Home  3200 Black Rd. (at Essington Rd.) Joliet.  The final resting place will be at Woodlawn Memorial Park II. In lieu of flowers, memorials in her name can be made to the American Heart Association.  For more information please call (815) 741-5500 or visit her Memorial Tribute at www.fredcdames.com where you can share a favorite memory or leave an online condolence.

In lieu of flowers, memorials in her name can be made to the American Heart Association.